This month’s Biggin Gallery installation addresses both the Black Lives Matter movement and the lives of refugees in a mixture of modern art.

Artists Hong-An Truong and Jina Valentine discussed their works at a lecture hosted by the College of Liberal Arts. Both women are professors of art at the University of North Carolina – Chapel Hill, and were approached by Jessye McDowell, an alumna of the MFA program at UNC that is now a professor at Auburn, to display their work.

Jina Valentine discussed how she received her BFA from Carnegie Mellon, then she went on to receive her MFA from Stanford University. In 2005, between these degrees, Valentine went to Skowhegan School, a residency in Maine. This is where the Black Lunch Table began.

The Black Lunch Table, or BLT, is an ongoing project that Valentine leads with fellow artist Heather Hart. It began with African-American artists present at the Skowhegan School gathering around a lunch table and discussing the community of artists of color.

According to Valentine, it has since grown into a large collaboration of artists that meet in a roundtable discussion to critically discuss the topics directly affecting the colored community. Recently, these conversations have been about the Black Lives Matter movement.

“We talk about how the media focuses in on police brutality,” Valentine said. “Do you think this is as effective as discussing…institutional racism or issues that are more systemic than specific cases?”

Valentine drew from these thoughts and discussions for her pieces displayed in the Biggin Gallery. One piece shows weather reports alongside death reports in a newspaper. Valentine said this connects a daily occurrence such as the weather to the seemingly daily report of police brutality.

Truong said discrimination and a need for community also shows throughout the gallery. Truong was raised by two Vietnamese refugees in the United States. Truong and her parents constantly moved around, relocating for different jobs and never settling down in one city or state.

“I never grew up in a community with Vietnamese people,” Truong said. “It was always me…in some ways searching for stories and searching for ways to see my own experience reflected back.”

Truong mainly expresses her art in media form. This past summer in July, Truong was able to have an exhibition displayed in Vietnam at the Nhà Sàn Collective in Hà Nội, Vietnam.

“It was really great,” Truong said. “I’ve been going back to Vietnam pretty much every or every other year for the last 15-16 years now. I have a lot of artists friends there and I’ve given a talk on my work there, but this is actually the first exhibition that I’ve had there.”

In Auburn, her pieces in the gallery are about her mother. The art integrates her country history with her family history in both physical and media forms.

“It’s a story about telling a story,” Truong said. “The Vietnam War really interests me in general…I ask myself, whose stories get told by whom and how?”

Both Valentine and Truong tell the stories of their communities through their art, drawing from their history and their experiences. The Biggin Gallery is open to the public on weekdays until September 28. 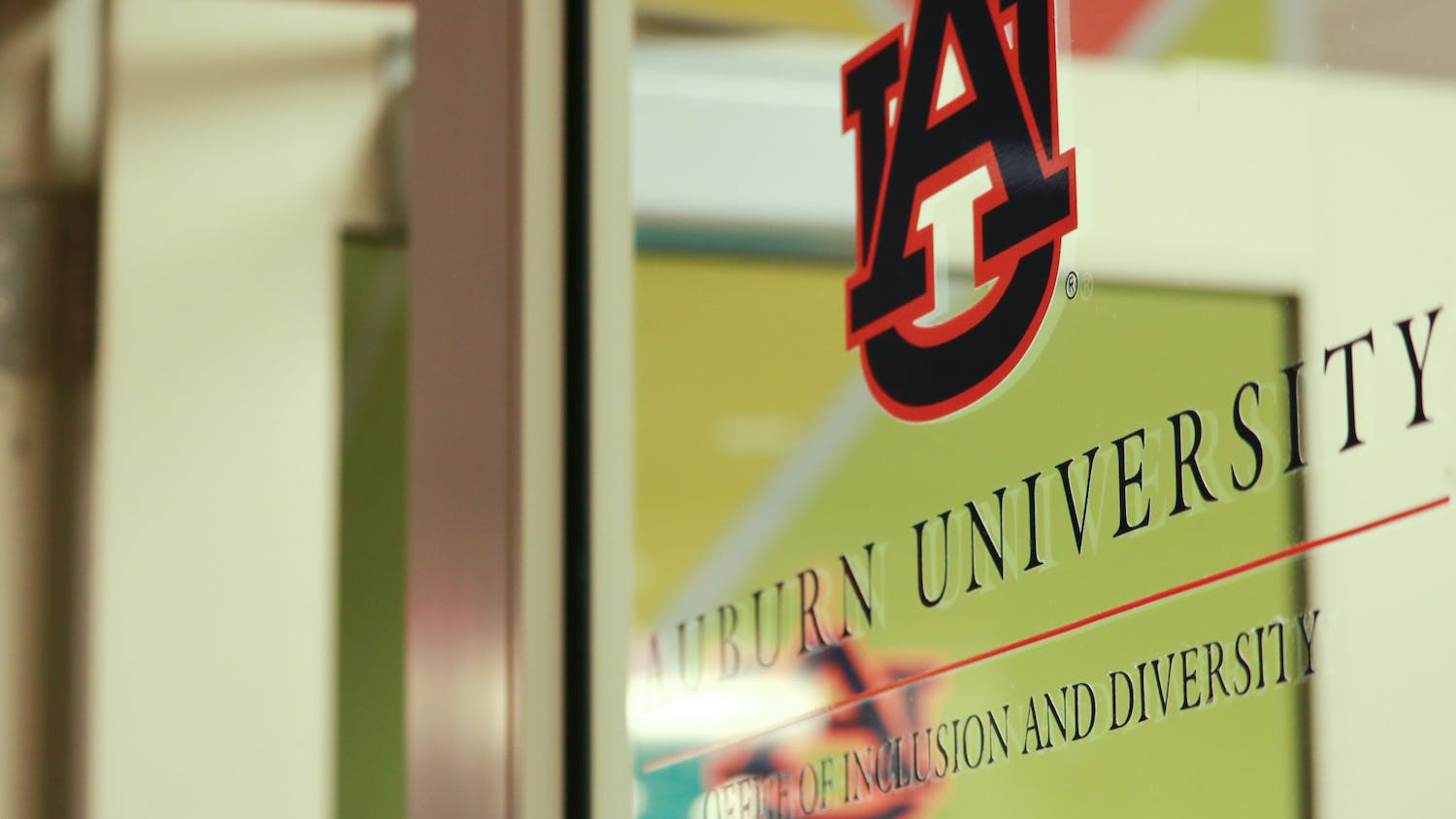 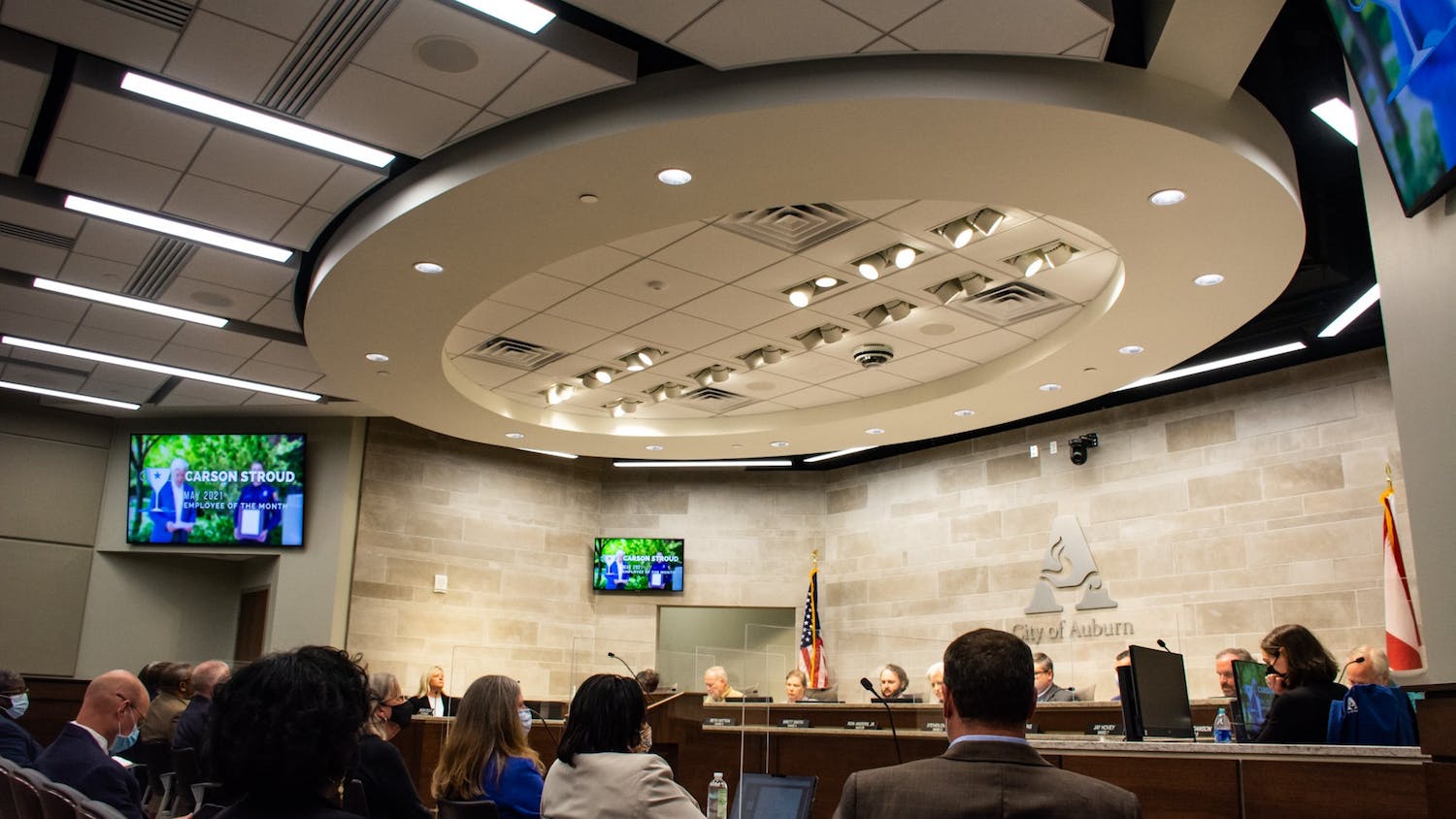