This week SGA met for the first time this semester to begin planning for the new school year.

“The meeting on Monday is meant to catch everyone up on what happened over the summer with SGA and what is going to happen this fall,” Laird said. “We also have our retreat this weekend and that is where we will start setting goals for this year.”

Jesse Westerhouse, SGA President, said over the summer they tackled a lot of their executive team building and also accomplished a lot on the academic side.

“The construction has been completed for the Auburn Memorial and as of Thursday Uber came to Auburn,” Westerhouse said.

A big task that SGA wants to tackle is partnering up with eight different student organizations to continue to move forward with diversity inclusion, Westerhouse said.

Westerhouse said SGA hopes to pick back up the Student Act Project as well as tackle academic goals with the dead day policy and implementing a syllabus bank.

“The Student Act Project is one that I really want to see accomplished by the time we leave office,” Westerhouse said. “We want to see that be put in to action.”

Westerhouse said many of the committees have already started working hard for the semester and athletics’ is working with the game day ticketing changes to film a video that will be sent out to the student body.

Westerhouse said the External Affairs team will be doing multiple voter registration drives through out the semester because it is election season.

“One cool thing they’re doing right now, that we are hoping to do, is with Uber,” Westerhouse said. “On game day some of the roads are shut down so we are going to be working close with the city and the Office of Transportation to figure out where we can have certain drop off points.”

Westerhouse said they will be monitoring the safety of the new North Parking deck where the Village residences will be parking.

“We will be monitoring the safety to see if there is anything more to do as far as cameras, lighting and having actual security guards over there,” Westerhouse said. “We want to make sure everyone feels comfortable parking there and walking to the Village.”

Another project SGA hopes to start is making plans for the future space that will be available after the CDV dorms are finished being torn down, Westerhouse said.

Since the Executive Vice President of Outreach has recently resigned those duties have been shifted among SGA members, according to Westerhouse.

“We are relying a lot on our Outreach Team and our Executive Team,” Westerhouse said. “We feel everyone is completely capable of taking over that role and those responsibilities.”

Westerhouse said the most important thing for SGA to accomplish this year is hearing the students voice and addressing student concerns on a daily basis.

“It is not an individual goal or an individual project, we got a lot of those, but if we are hearing out student concerns on a daily basis, whether it be a incoming freshman or graduating senior, we want to do all we can to make the Auburn experience better,” Westerhouse said. 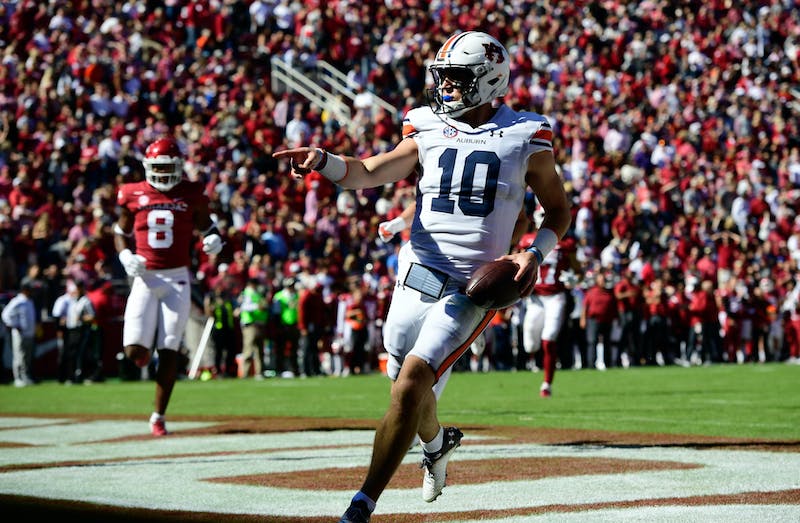