Travel: Oxford, the little town no one knew

London, Paris, Milan, Santorini. These are just a few picturesque places I think of when I hear the word travel. But what does that grouping of letters really mean? Every person has their own culture — a set of values, traditions, ideas or even favorite foods, clothes and colors. It's what defines us. More than that, we bring our culture with us wherever we go. When we enter a different location, whether inside or outside the United States, we see someone else's culture and how they live.

I think this is an important aspect of living. When you understand someone's background, it helps you recognize and respect them. Alright, enough about travel in the cultural context.

Where do you want to go? If you're like me and can't afford to pinpoint a spot on the globe and hop on a 757, that's okay. Believe it or not, small towns can have interesting places as well— hole-in-the-walls, dive bars, mom and pop shops, you name it.

This week, I'm going to talk about Oxford, Mississippi. Yes, we all know it as the home of the Ole Miss Rebels, but Oxford is one of those small towns that has more to it than just the Grove, frats and football lovers.

I've been there a few times to visit a high school friend, and it reminds me of a quaint, historic town out of a magazine, you know, one of those idyllic places. You cruise in off the interstate and immediately see large, billowing trees shading plantation-like mansions with staunch white columns and wrap around front porches. Some quick facts you might not know about Oxford:

1. Nicknamed the "Little Easy," Oxford resembles a small-scale New Orleans. Its party atmosphere rules the roost, and many residents say, "We may not win every home game, but we never lose a party."

2. It is considered one of the largest literary centers in the Southeast. William Faulkner once called Oxford home. Nobel Prize winner and renowned writer, Faulkner resided in Rowan Oak, an 1844 mansion off Old Taylor Road. Now, Faulkner fans come to visit the peaceful property.

4. Good eats: Big Bad Breakfast and the City Grocery. With breakfast plates named after books, BBB is a for-sure stop the morning after a fun night on the Square — the center of town where you can find the 142-year-old federal courthouse and many trendy boutiques lining the streets. City Grocery helped revamp the Square when Oxford grew in 1992. In 2009, owner John Currence won the James Beard Award for Best Southern Chef. Oh, and the bar on the second floor will help wash down your meal.

5. Oxford was actually named after Oxford, England, in hopes it would attract a university.

6. On a more political note, the University of Mississippi banned its fight song "Dixie" at the beginning of the 2016 football season. The unofficial anthem of the Confederate States of America during the Civil War, "Dixie" boasts lines such as "The South will rise again." When I went a couple weekends ago, many college students were sporting their confederate flags along with their Rebel memorabilia.

Even though Oxford is a small place, it holds a ton of people and lots of good southern culture. Next time the Tigers play the Rebels, be sure to visit good ole' Ox. 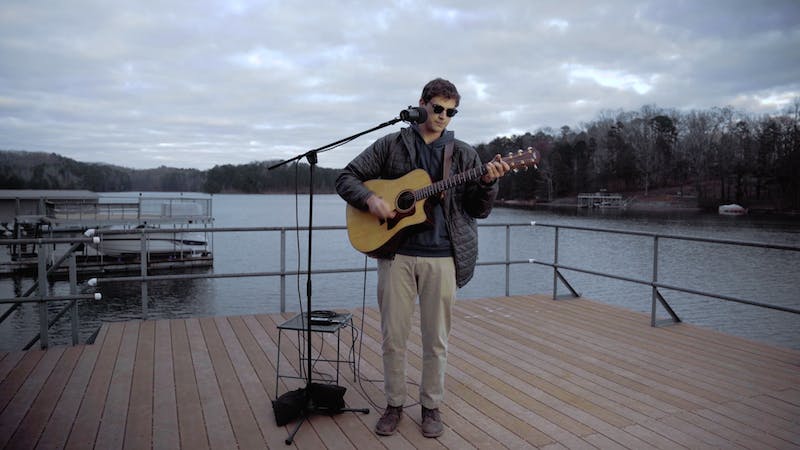