Despite Roy Moore being twice removed from a federal judgeship because of a disregard for the rule of law and the separation of church and state, he won the Republican primary for what was formerly Jeff Sessions’ senate seat.

Roy Moore is on the ballot and has stated numerous times he is not withdrawing from the race under any circumstances.

His potential for withdrawal gained national media attention because of a report first published by the Washington Post that detailed the accounts of five women who stated Moore pursued them while they were teenagers and he was a district attorney in his 30s.

One of these women, Leigh Corfman, told the Washington Post that Moore touched her sexually when she was only 14.

So, Roy Moore is still on the ballot, which leaves exactly three different options left for voters continuing to support Moore during the remainder of his campaign in light of the accusations against him:

The first option seems to be the most popular. It’s simple – a significant faction of his supporters do not believe the allegations that he had inappropriate relationships with minors while in a position of authority.

According to a new CBS poll, 71 percent of Alabama Republicans believe the allegations against Moore are false. Many cited that they came to their conclusions due to a distrust of the media. This can be directly traced to both President Donald Trump and other conservatives sewing seeds of doubt in the minds of their followers regarding any form of “mainstream” media. This is tricky because how does one combat falsehoods with facts if those facts are derived from essentially blacklisted sources?

Donald Trump tweeted over the summer that the Washington Post is, “FAKE NEWS,” so the allegations against Moore were immediately tainted to his devotees.

Just as calling someone a “liberal” can act as a permanent scarlet letter among conservatives, labeling reputable journalism outlets such as the New York Times as “fake news” has been an incredibly successful strategy. Republicans adhering to Trump’s media ideology have won this argument among their base of constituents. Democrats have not been able to effectively respond to these tactics of absolutist distinctions in the minds of conservatives.

The same CBS poll found that Moore voters have a 96 percent approval rating of the president. Trump’s incessant, and yes, effective, attacks on the credibility of journalists make the possibility of his supporters treating these allegations with the gravity they deserve, slim.

So, Roy Moore is still on the ballot, and 71 percent of his voters do not believe the allegations against him, that’s option one.

Option two involves supporters believing the allegations but not seeing them as disqualifying. This usually takes the form of the, “it was a different time” defense.

The primary issue with this argument is a moral one, men in their 30s shouldn’t be pursuing teenagers, full stop. But, if a voter is to take Corfman’s account at face value, and she’s given little reason for one not to, a 14 year old cannot offer sexual consent.

This demonstrates, once again, Moore’s disregard for the law. So, with option two, voters are acquiescing to his egregious conduct because they don’t see it as egregious. This is their right.

So, Roy Moore’s still on the ballot and some of his voters who believe his accusers are deciding that his behavior is worthy of a seat in the Senate.

Finally, option three is to believe Moore’s accusers but to also believe that seating a Democrat is worse than seating a man who engaged in sexual behavior with minors.

In the past week, the Alabama Republican Party distributed damning mailers about Moore’s opponent, Doug Jones, to select Auburn households.

The mailer features one picture of Jones smiling with Hillary Clinton, who received 34.4 percent of the vote in Alabama in the 2016 presidential race. But the headline is most noteworthy, stating plainly, “Doug Jones is too liberal for Alabama.” “Too liberal” was bolded in red, but it might as well have been in scarlet.

In smaller print, the mailer states, “Jones openly supports abortion up to birth.” That is false. In an interview with AL.com, Jones said, “…The law for decades has been that late-term procedures are generally restricted except in the case of medical necessity. That’s what I support.”

But, the two words in bold, “too liberal” – the Alabama Republican Party chose those words to remind voters that accused sexual misconduct with minors is one thing but being liberal is utterly disqualifying.

That’s option three for Moore’s supporters. They favor an alleged sexual predator of minors simply because he’s not a Democrat in the race.

So, Roy Moore is still on the ballot and those voters who stick with him have three options remaining regarding their own reckoning with the women and their accusations that they have laid forth.

But, for those conservatives like Mitt Romney, who tweeted, “Roy Moore in the US Senate would be a stain on the GOP and on the nation,” there is one more option. They can believe these courageous women, and they can withdraw their support. 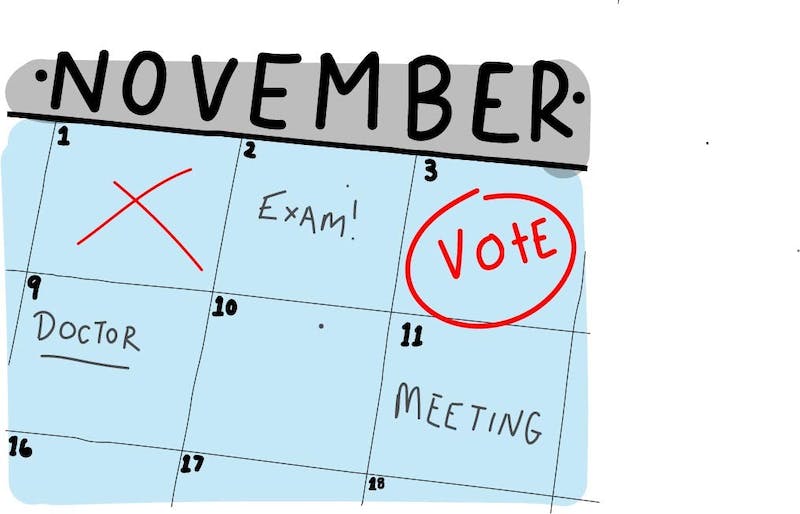 EDITORIAL | The City has a lead right now; don't blow it