The hearse careened into the parking lot and jerked to a halt, sending the skeleton hanging from its rear-view mirror into a frenzied jig.
Faith Serafin, founder and director of the Alabama Paranormal Research Team, emerged from the driver's side into the night air. Jared Long, her 16-year-old son, walked up nonchalantly, as if he hadn't just exited a vehicle normally reserved for one-way trips.
Serafin looked the part of a ghost hunter. Jet-haired, tattooed and mysterious upon first glance, she broke the image of a Gothic spiritual medium when she smiled broadly and shook hands.
A regional history expert, Serafin's duty is to research every angle of a rumored haunting before declaring paranormal activity the blame.
Of her choice in transportation, Serafin said people began to accept it "after you don't give a damn anymore. You're either going to be the crazy cat lady or the crazy lady who drives a hearse."
She spoke of her childhood encounters with the paranormal and the haunted house she now lives in in Salem, Ala.
When asked if the haunted house troubled her, she laughed and said, "Lady, I drive a hearse."
A breeze whistled a reminder of late fall and rustled the leaves of nearby trees. Looking up at the Telfair Peet Theatre, Serafin said, "Everything paranormal that you could possibly want is in this building right here."
She explained that every ghost story has some validity to it, and the chilling aspects of Auburn's past make it an ideal setting for a ghostly tale.
"Sydney Grimlett is part of the history here at Auburn," Serafin said.
Grimlett was one of 98 Confederate soldiers who died in 1893 in the University Chapel on College Street which served as an infirmary during the Civil War.
When the Auburn University Players, originally known as the Footlights, moved their student organization to the chapel in the late 1920s, a series of strange events led them to believe the chapel was haunted.
According to Serafin's co-written book, "Haunted Auburn and Opelika", the Auburn Players acting troupe has reported loud banging, missing props and costumes, dark shadows and disembodied voices.
When the theatre department moved to the Telfair Peet Theatre in 1971, Sydney allegedly followed and so did his desire to wreak havoc on performances if he was not left candy before each play.
Gary Castriota, senior in theatre tech and design, has had a couple run-ins with Sydney.
"I believe in spirits and that people's spirits can stay around after they've passed," Castriota said.
Some students are less inclined to believe Sydney or any other campus poltergeist actually exists.
"I don't think I believe in ghosts," said Alina Chanysheva, graduate student in chemical engineering. "I think maybe they're just joking."
After prompting Sydney with questions, a K2 meter, a device that reads residual energy from a spirit, revealed his favorite colors of M&Ms: orange and blue.
"I've been doing this for move than 20 years and I've never seen anything like it," Serafin said.
The ghost tour continued on to Samford Hall, via hearse, of course.
A jangling garland of skeletons graced the back window, and against the cab divider rested a ghost box -- a boom box rigged to scan continuously, providing white noise through which spirits can supposedly communicate.
Historically, Samford lawn was used to pile the corpses of Sydney Grimlett and his 97 fallen comrades until arrangements were made for burial -- a mass grave at the back of Pine Hill Cemetery.
Superstitions claim a man in Confederate uniform toting a shotgun can be seen in the Samford tower. Across South College Street, at the Auburn University Chapel, reports have been made concerning the faucets in the ladies' room.
"The water seems to come on and off on its own," Serafin said.
The last stop on the tour of haunted Auburn was Pine Hill Cemetery, where an inexplicable glowing orb of bouncing light was once seen.
At the site of Grimlett's shared grave, Serafin described how ghost stories can help get children excited about learning about their heritage.
"There's so much of it that's unwritten that we only know through folklore and legends," Serafin said.
Her work as the official guide of the Sea Ghosts Tours at Port Columbus National Civil War Naval Museum and with elementary schools in Lee County has indulged her fascination with southeastern history and put her in prime position to spread the story of the past.
"If I can have an impact on one kid just by reading ["Haunted Auburn and Opelika"] so that they know their history, even if it's just a ghost story that's getting them involved, they're still learning," Serafin said. 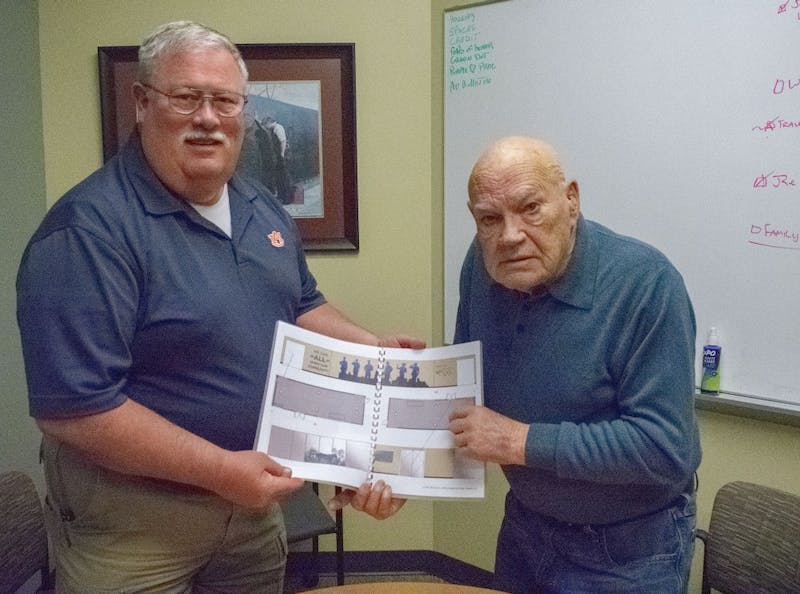 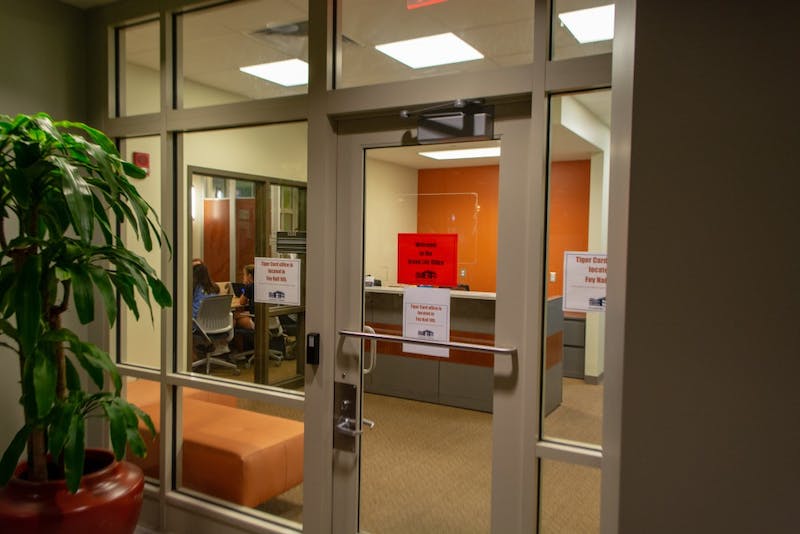 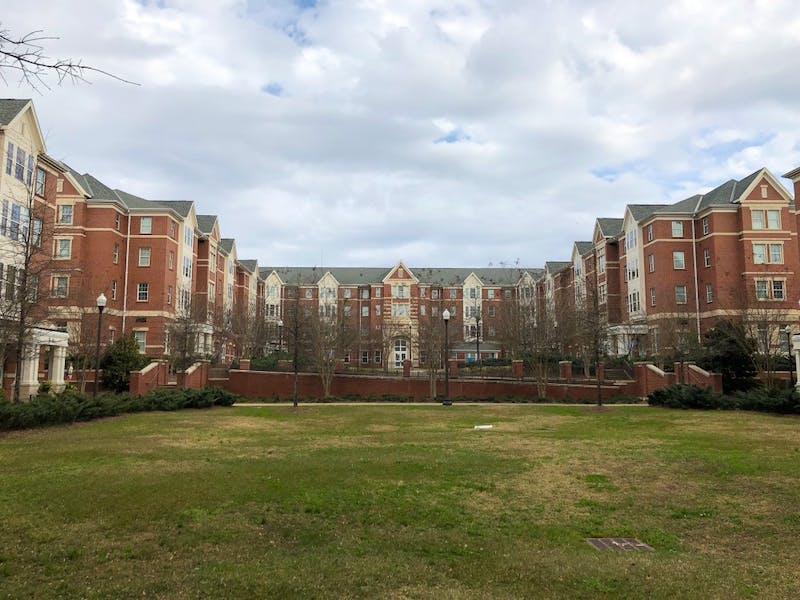 University will allow some students to remain in dorms; most will need to leave