Twenty-three shootings occurred on college campuses in 2015, according to Time magazine.

The recent increase in mass shootings has propelled the debate over gun control to the forefront, especially amongst colleges and universities.

Out of 50 states and 5,300 U.S. colleges, and universities, a statistic found in The Washington Post, Idaho, Texas, Colorado, Utah, Kansas, Mississippi, Oregon, Arkansas and Wisconsin allow students to carry concealed weapons on campus, according to the National Conference of State Legislatures.

Auburn University does not.

In 2013, Gov. Robert Bentley signed a bill, 13A-11-72, that gave more power to the state legislature to regulate gun control and also placed specific requirements on carrying weapons.

“Each section [of the bill] addresses particular aspects of firearms in the state of Alabama,” said Lee County Sheriff Jay Jones. “Municipalities are now restricted in what they can do in regulation. It also addressed the issue of concealed carry permits.”

Alabama law allows anyone age 18 or older to own a gun if they have a permit to do so.

“The sheriff of each county issues the gun permits to those that apply,” Jones said. “That is presuming they passed the background check, and the sheriff doesn’t perceive them to be mentally ill.”

Auburn University has a strict gun-free policy that is determined by University administrators but must be in accordance with Alabama law. The bill, passed in 2013, altered University policy to provide more options for those wishing to transport guns.

“Students are not allowed to have weapons on campus,” said Chance Corbett, associate director of Emergency Management in the Auburn University Department of Public Safety and Security. “But employees that have a pistol permit can keep an unloaded firearm in their car in compliance with the law.”

The debate over whether it is safer to allow guns on campus differs from campus to campus, but Corbett said he prides himself in knowing Auburn is a gun-free campus.

“Our idea of safety is not having those weapons available on campus,” Corbett said. “We have law enforcement that are trained to respond to situations, and we offer an active shooter response training course for the community and campus as well.”

The active trainer course is offered periodically every couple months. Members learn techniques, protocol and skills to better prepare them in a real shooting. The course goes into detail, such as the different types of doors and windows that could be in a building, and how to barricade and create handmade locks for each. Members then participate in an attack demonstration toward the end of the course.

Jones said comparatively speaking, he feels the Auburn community as well as the University are safe environments. The school resource division of the police department solely focuses on maintaining the safety of Auburn University and the surrounding school districts.

“Our school resource division is trained not only in alert, but also in response,” Jones said. “All of our teachers in the community are put through the same shooter response training that our officers go through.”

Many colleges and universities in the United States have similar laws to Auburn’s. Except for the eight schools who allow students to carry concealed weapons on campus, most schools work hard to provide a gun-free campus for students. Ivy League schools such as Harvard and Yale University prohibit even the transport of weapons on campus or in parking lots and will fine up to $500 for doing so.

On the other extreme, the University of Texas at Austin allows anyone with a permit to carry concealed weapons on campus.

The only exception Auburn University makes for students owning weapons is for hunting or other extracurricular activities. They can register and keep guns with the Department of Public Safety and Security.

“Students can check their guns in and out here,” Corbett said. “Again, pertaining to Alabama law, they can then transport it open and loaded in their car if they have a permit.”

According to Yellowhammer News, state Rep. Mack Butler vowed to get rid of gun-free zones and allow students to carry weapons on university campuses. Even with this vow, Jones said he doesn’t anticipate laws changing any time soon.

“A bill has been prefiled that deals with the issues addressed by the representative,” Jones said. “I guess we’ll see what happens, but the University will still have the power to create their own policy on weapons.” 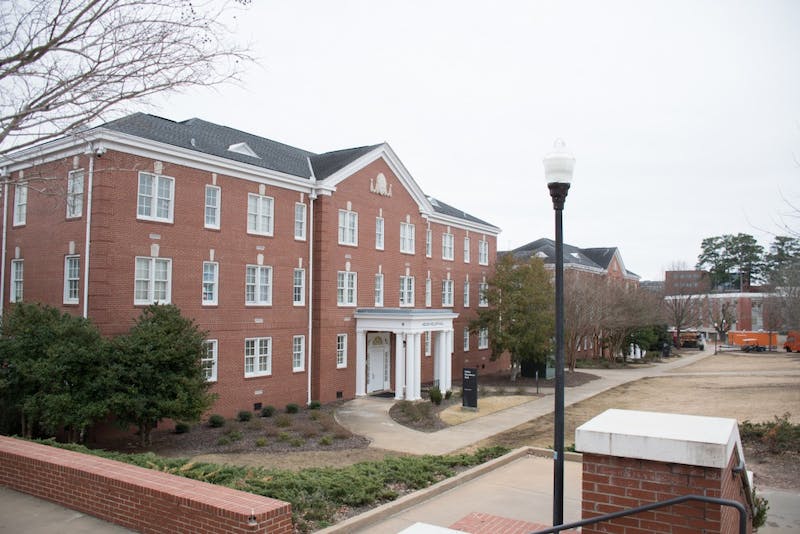