Total outstanding debt for the state of Alabama exceeds $68 billion, according to a report by the nonpartisan think tank State Budget Solutions. Alabama's debt of nearly $70 billion accounts for only a small portion of more than $5 trillion in total debt owed by states across the nation.

The $800 million cost would be covered by the issuance of bonds, which must be paid back over a 30-year period. The bonds would add to Alabama's existing outstanding debt. Outstanding debt amounts to $1.8 billion, according to State Budget Solutions' most recent report.

On March 15, Bentley announced the Alabama Prison Transformation Initiative Act, which will provide legislative approval for the Department of Corrections to begin the project.

Three of the four new prisons would replace 13 of Alabama's existing 15 men's prisons. The fourth new prison would serve as a women's prison.

According to James Barth, Lowder Eminent Scholar in Finance at the University, state debt is not necessarily bad if issued to fund infrastructure spending and investment.

"It makes sense if you're going to redo the prison system to provide for better prisons," Barth said. "Any infrastructure project is a big project, so you don't want to use current revenue to fund a big infrastructure-type project. What you want to do is issue debt, and then you pay off debt over time."

Barth is also a senior fellow at the Milken Institute and a fellow at the Wharton Financial Institution Center. Barth was an appointee of Presidents Ronald Reagan and George H.W. Bush as chief economist of the Office of Thrift Supervision.

"The problem you have, of course, is when the debt goes up you have to make interest and principal payments," Barth said. "Right now, if you issue debt, the interest rates are relatively low because we're in a low interest rate environment. If interest rates go up, you want to be concerned about issuing too much debt."

According to Barth, states should ensure they can cover the costs of interest and principal payments. The costs of those payments are covered by current state revenue.

"That comes out of revenue, and what you don't want to do is get in a situation in which next year or the year after there's insufficient revenue to cover expenses, including principal and interest payments on debt," Barth said. "Then you issue more debt, then eventually debt goes up, and then one is really in trouble."

The state of Alabama has struggled to balance the budget for the past several years. Last year, legislators faced a budget shortfall of more than $200 million, which required two additional special sessions to mend.

This year, as the Legislature debates the budget for the 2017 fiscal year, the state faces a shortfall of more than $40 million.

"One would have to raise taxes or cut spending," Barth said. "From politics today, that's where there is big disagreement. At some point, if the debt goes up too much then the payments become too much of a burden on the state unless it can grow."

According to Barth, expanding the state's economy is the best method to reduce debt. The lower the state debt as a percentage of the state's gross state product, or the total value of its economy, the better.

Alabama's debt amounts to 37 percent of its gross state produce, according to the report.

"If the debt gets too high, relative to our GDP, the interest and principal payments become too much of a burden," Barth said. "If the debt goes up too high relative to the GDP, then the country, or the city, or the state is in trouble." 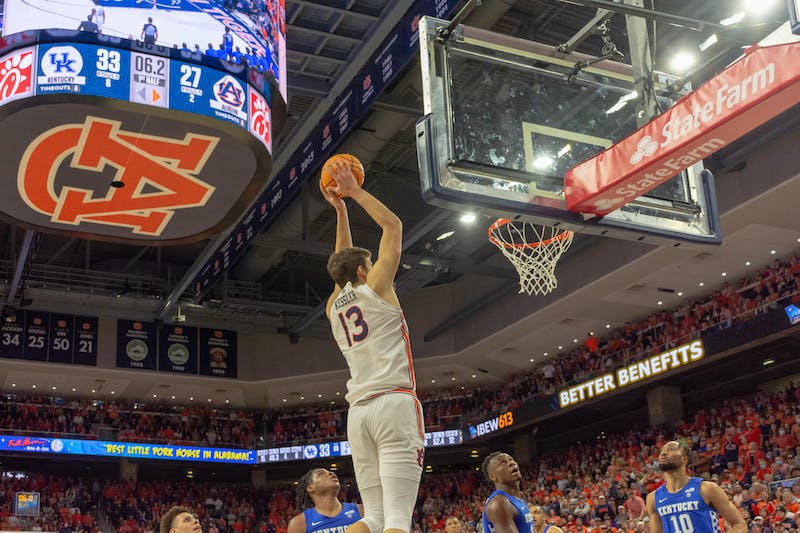 Auburn comes back to defeat No. 12 Kentucky in packed Auburn Arena