LETTER TO THE EDITOR: The right to 'selfie' expression

Last week, Justin Timberlake took a selfie in a Memphis polling booth. Under Tennessee law, it was illegal to take that photo.

Alabama has a similar rule. According to the Alabama Secretary of State’s website and an opinion issued by the Attorney General in 2000, no photography is permitted inside a polling place. This is because, under Alabama law, “the ballot of every voter shall be kept secret and inviolate.”

Ballot selfies are a form of political speech. They celebrate and encourage voting, both in general and for particular candidates. And in our social media age, the selfie is a powerful means of self-expression. It makes the message “real,” capturing something that words never could. (Given the popularity of apps like Instagram and Snapchat, this should be an obvious point.)

And although the First Amendment protects all speech, political speech should be of special concern.

Under the legal “test” that election officials would argue applies, Alabama must demonstrate two things before it can ban ballot selfies. First, it must demonstrate a “significant interest” in the ban. Second, it must establish that the ban is “narrowly tailored” to achieving that interest.

Alabama might assert three interests: preserving voter secrecy, preventing voter intimidation, and preventing vote-buying. Abstractly speaking, these are significant concerns. But Alabama cannot simply rattle off interests; it must demonstrate that those interests are actually implicated.

It cannot do that here. The interest in secrecy would make sense if people took photos of other voters. It makes no sense when applied to selfies. Likewise, as long as a ballot selfie does not capture another voter’s image, there is no concern about intimidation. Your photograph of your ballot gives me no reason to fear you.

There are also no real concerns about vote-buying. Vote-buying rarely happens, but even if it did, the ballot selfie ban probably wouldn’t help prevent it. As Daniel Horwitz noted in the SMU Science and Technology Law Review, ballot selfies do not necessarily depict a submitted ballot; after one snaps the picture, he or she can intentionally “spoil” the ballot and fill out a new one.

Even if Alabama can articulate a significant interest in preventing intimidation or vote-buying, a ballot selfie ban is an impermissibly overbroad means of vindicating that interest. Because the state interests are narrow—assuming they exist at all—the rule must also be narrow. The state cannot use a shotgun to kill an ant. There are already laws against voter intimidation and vote-buying, and there is no evidence that those laws are ineffective.

Don’t take my word for any of this. In the past year, four federal courts—including the U.S. Court of Appeals for the First Circuit—have struck down ballot selfie bans. Only one has cast doubt on the ban’s validity, and that court ultimately did not resolve the question and could very well strike down the ban in the future.

There is, of course, another side to the argument: voting is different, and laws are rightfully protective of the electoral process. For that reason, one cannot campaign in or near a polling place. But the ballot selfie ban, unlike a ban on electioneering, sweeps in far too much protected conduct to pass muster.

The upshot is that ballot selfie bans must go “bye, bye, bye.” The Secretary of State should reflect this on his website and not go after those who take a selfie.

Caleb C. Wolanek is a third-year law student at Harvard Law School and a 2014 graduate of Auburn University.

EDITORIAL | Continue to wear your mask after the mandate ends 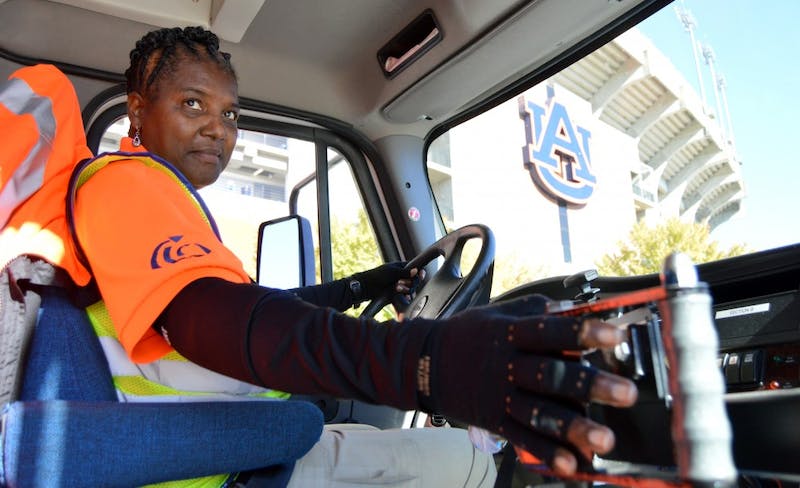 Share and discuss “LETTER TO THE EDITOR: The right to 'selfie' expression” on social media.