Games on the Plains: The Blunders of 'Battlefront'

You may have just asked yourself “Why is there a ‘Star Wars: Battlefront’ review being published in 2017, that game came out years ago."

This Games on the Plains piece is more of a reflection on what that game was upon its release, what it is now and the hopes I have for the upcoming "Battlefront II." Read at your own discretion.

When the very first teaser trailer for "Battlefront" came as a surprise during E3 2013, I remember being in awe of the implications it left. Not only was one of my favorite game franchises ever being rebooted, it was being handled by EA Dice, the team behind "Battlefield 3."

Days of speculation among my friends and I had us certain this was going to be the best game of all time, giving the perfection that was "Battlefront II" a modern paint job and adding easier-to-use online aspects. We were sure the campaign would be even more epic, the space battles — already unreal on the PS2 — breathtaking and the galactic conquest featuring more planets with more scenarios, and classes to choose from.

Unfortunately, we all underestimated the power of the dark side — that, of course, being money-grubbing business practices by EA.

Instead of a recreation of the fleshed out, endless entertainment package that was 2004’s “Battlefront II," 2015’s “Battlefront” was a fantastic looking, online-only slap in the face.

I wasn’t able to afford the game at the time of its initial release, and I think that was the only time I was benefited by being a broke college student. Playing it at my friends house on release day we were blown away by how good the game looked and sounded at first; Dice had certainly made one of the best looking console games ever, but that didn’t matter after we finished all the content the game had to offer after four hours (ignoring a few unlockable weapons that played identically to the ones you started with.)

EA had sold us and every other excited Star Wars fan a $60 demo that we could buy the rest of for $15 an expansion, or $50 for a season pass. We felt burned, and it wasn’t until “The Force Awakens” that I got the bad taste of Star Wars out of my mouth.

Almost two years, two new Star Wars movies and the promise of a newer, better “Battlefront” game has come since then and in the mean , I have been itching for more Star Wars in my life. The previews for “Battlefront II" and its coverage at E3 showed a game that looks to pay for the sins of its predecessor with a story mode, returning multiplayer modes from games of old and a hero/class system that actually make sense.

Because it seemed like Dice learned a lesson from the “Battlefront” backlash, I decided to look into what that game had become, as I had stayed far away from the expansions and no media outlet covered them with any form of excitement. Catching a sale of “Ultimate” version of the game for $12 (originally priced $110) I dove into my small gaming fund to scratch the itch and see if Dice had made a decent final product.

In short, “Battlefront” turned out to be just ok. It now has leagues more content than it did originally, featuring new maps from the Outer Rim (fine), Bespin (beautiful, but boring) and the Death Star (awesome to see in a game but ultimately crowded and messy), as well as an awesome game mode based on last years “Rogue One."

These expansions added new arsenal too, the highlights being a shotgun- rifle and a medical droid, that livened up the bland and way-too-similar rifles and pistols that were offered at launch. Players are also able to play as heroes like Jyn Erso, Chewbacca and Lando Calrissian.

All these additions made the game feel, although missing a single-player story, pretty complete. It is a shame that it took a year and almost another purchase price to get everything for those playing the game since launch, but for people like me who got it on sale, it is definitely enough content to warrant $20 or less.

The question still stands, however, of how good a game “Battlefront” is in its completed form? Unfortunately, in my opinion as a lifelong Star Wars fan, meh.

“Battlefront” stands as more of a spectacle than anything. The completed game has players battling from Hoth to Jakku, experiencing steamy jungles and the bitter cold of space, all while controlling a legendary hero, iconic Stormtrooper or a fan-favorite spaceship; but at the end of the , a game should be based on how much fun it is. While there are now more game types and maps to play them on, you are basically doing the same thing over and over without any real semblance of strategy.

Unlike other shooters like "Overwatch" or "Battlefield 1" where you are encouraged to work as a team, matches always end up with 20 people on either team doing whatever they want while clamoring for the random pickups. Yes, everything from heroes to ships to the strongest power ups is based on the luck of the draw. Every match has you choosing a load out of blasters and an assortment of gadgets ranging from grenades to jetpacks. Following this selection you run into battle, shooting the enemy from either side of a capture point, either side of a payload or either side of a triggered bomb.

It feels very much like an older "Call of Duty", but with twice the grenade spam and half of the tactics. Every match felt the same and although I had more weapons to unlock after I had seen all the maps and tried all the modes I was done with my time in the game.

I could go on for hours about what “Battlefront” got wrong, but because I have already stretched this word count to its limit I will end by just instilling hope that “Battlefront II” will be better.

With its story mode, the seemingly better multiplayer unlocks, the ability to earn heroes instead of becoming them in a random drop and the variety of 3 eras of “Star Wars” including drones, clones and rebels to play as, I have high hopes for the game. This isn’t to say I’m locking in a pre-order anytime soon, but Games on the Plains will definitely be there at launch to see what EA Dice has done to make good on their promise of something better. 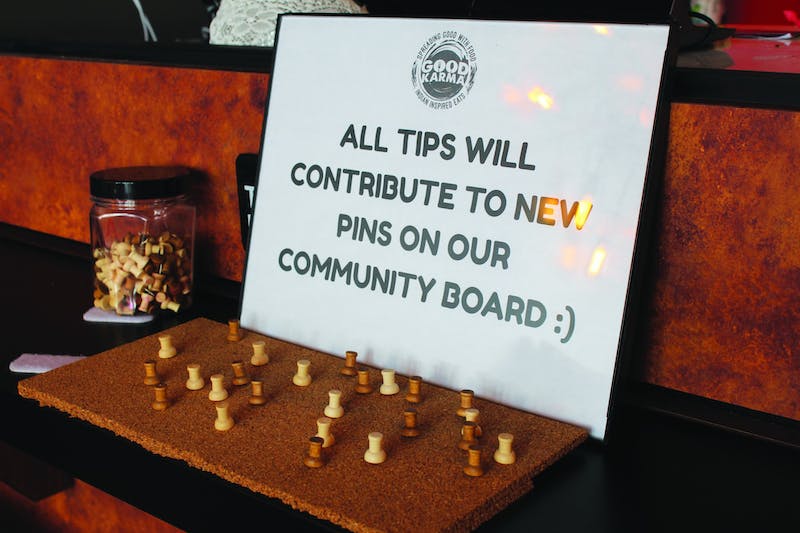