How to rock the rhinestone: rodeo wearing advice

A taxidermy cowboy-possum with a whip in one hand, and a mini-pistol in the other, lifelessly gazes at rodeo shoppers from atop a shelf in Bridges Boot Outlet.

The owner Curtis Jones has kept the store running for 40 years, and his heavily bearded, denim wearing, boot-straddling appearance makes for an authoritative voice on the latest western-wear styles. He walks over to the back wall to start with the basics -- jeans.

“Most of your frat guys are going to recognize this jean,” Jones said while reaching for the light-wash 13MWZ, a jean replicatively worn in the fraternity pledgeship season, but a massive selection against the wall has other options.

The pre-washed jeans, according to Jones, are the most reliable and popular pair to purchase. The soft interior and flexibility makes this a safe bet on the square-dance floor when the latest swooning Chris Stapleton track croons in, or for when the rodeo spectator becomes a participant.

Next, Jones pounces on to the rodeo-wearers most essential selection -- the boots, and in his store exists a zoological array of choices: ostrich next to alligator next to python. The python boots are mirrored across the store by a real 23-foot-long python skin mounted against the wall. These exotic leather boots start at $189 and go up to $529, but the pinnacle of rarity and expense ends with the boots made from a fish.

The pirarucu are a giant, ancient, air breathing fish from Amazonian rivers. According to Encyclopedia Britannica, the pirarucu grow to be 10 feet long and weigh 485 pounds. Their tongue and the roof of their mouths are jaggedly studded with teeth, giving one of the largest freshwater fishes in the world an even more menacing attribute. At Bridges Boot Outlet the fish’s skin becomes an expensive, high-end leather boot that comes in deep black, or burnt brown, and its exterior has a delicate softness similar to touching a warm blanket fresh out of the drier.

“Most college kids don’t have that type of money, so I would recommend a regular black or brown leather boot that won’t break mommas bank,” Jones said as he pointed to a different selection priced in the $100 range.

If a splurging school-spirit kicks in, however, and mommas bank is hefty, there is the handmade, straight out of the U.S.A, Auburn print leather boot. Split between a dark, mocha colored leather in the forefoot region, and a white leather upper with orange trimming and bold Auburn crest in the middle, this boot is worth more than most Auburn football game tickets at $455, but its a popular seller at the store.

For those with a conserved budget, Jones recommends getting a square toed boot since the round-toed has decreased in popularity recently, and a company he recommends purchasing from is Ariat, a respected boot brand founded by Pam Parker and Beth Cross.

The two women started off working with Reebok and Avia, where they honed in their skills at developing comfortable and durable footwear before branching off to start their own footwear company-- Ariat. They officially began producing boots for the horse-riding sports in 1997, and by 2007 the women's company became the number one boot producer in the country.

“A lot of the Ariat boot features are like tennis shoes, like having a removable insole and having comfort that is similar to a running shoe,” Jones Said.

A major complaint Jones hears from people apprehensive on buying boots is that they’re too hot and insulated, making for a sweaty, nasty smelling foot after a country night out. For those people there is the Ariat VentTek Workhog, a gray boot with a breathable, green mesh material along the sides, allowing cool summer gusts to breeze in.

Now comes the hats, in which the season and temperature play a factor.

The tombstone hat, with a slope down the middle and typically seen on top of John Wayne, is Jones favorite, but for those with a modest country spirit his store also sells caps that will go well with any rodeo outfit. Once the hat and boots are picked out, the easy part comes next, which is picking out a shirt.

Plaid, plain white tees, flannel or flower-patterned shirts will all work according to Jones.  Picking out a belt buckle is harder than finding a good simple shirt, and in this store, the belt buckles are as diverse as the boot selection-- but definitely more animal friendly.

A glass stand glimmers with belt buckles, each etched with varying symbols of bravado like a stallion, eagles, eagles and stallions together and the favorite: an American flag. The buckles are sold in elegant packaging, and the shimmering metallic frames sprinkling with turquoise and red rhinestones, gives the section a twinkling aura under soft light, as if the buckles are the western wear's answer to Kay Jewelers. Being a buyer conscious sales-man, Jones will recommend a safer purchase here.

Copper colored buckles costing around $30 will match most leather belts for women and men, says Jones. The rhinestone belts are also a sure way to take the eye off the python-boots, or even compliment it if going for the wild look.

Once the aforementioned items are picked out, the ruckus of the rodeo will settle. Scary bull-riding festivities and even scarier jean-shorts rocking folk will ease away. Even after falling off the bull and hearing the crowds laughs and gasps after going face first into the dirt, no one will ever take away the title of fashion queens and kings of the rodeo. 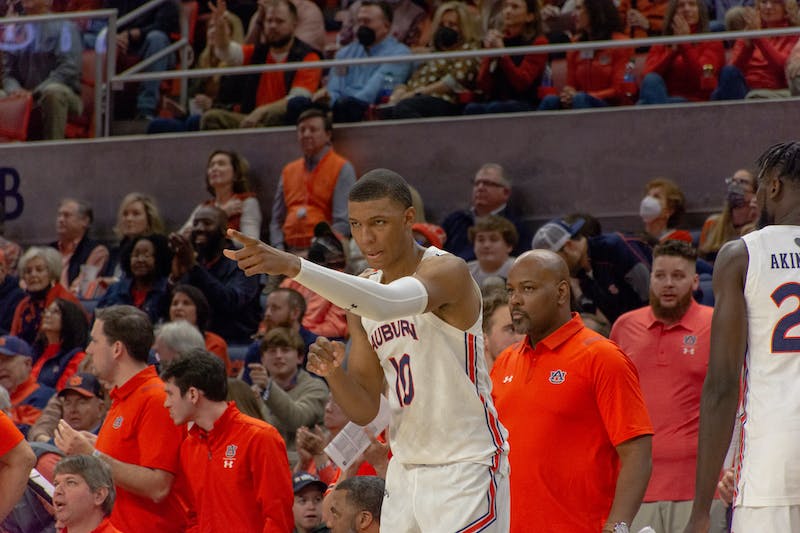 Share and discuss “How to rock the rhinestone: rodeo wearing advice” on social media.