"[Pickleball] is blowing up, and not just here — it’s all around the country," Bailey said.

Pickleball has been overshadowed for decades by the similar game of tennis and has been thought of by many as just another racquet sport, but in recent years, the sport has seen significant growth in popularity.

Opelika’s Parks and Recreation Director Sam Bailey has been playing pickleball for several years, including tournament-level play and said 18 million people are expected to play pickleball this year. According to the USA Pickleball Association, the number of pickleball locations has doubled since 2010.

“Pickleball about 10 years ago started getting some momentum, and now it’s blowing up, and not just here — it’s all around the country,” Bailey said.

Pickleball, like tennis, can be played between two players or two pairs of players. The sport uses a plastic ball with holes in it, paddles and nets that are slightly different from tennis nets. According to the USAPA, no one knows for sure how the sport got its name, but one story says it came from the name of a founder’s dog, pickle.

“It’s not like a power game,” Bailey said. “It’s not like you’ve got somebody just wailing the ball at you. The ball moves slowly, and you can kind of progress at your own pace.”

In anticipation of pickleball’s growing popularity, the City of Opelika is constructing a new pickleball facility with 12 courts, and this new facility will be entirely covered by a massive pavilion. According to oanow.com, the Opelika City Council agreed in June to a $161,000 project bid from Lower Brothers Co. for the courts themselves, and the pavilion will be purchased from ClearSpan Fabric Structures International for $349,747.

“Our goal is to build a set of courts here that will be set up for tournament-style play, and we plan to host tournaments, and we feel that we will be very successful in doing that,” Bailey said. “I’ve played all over the Southeast in tournaments, and what we’re building will be nicer than anywhere I’ve ever played.”

Bailey said an advantage of being at the Opelika Sportsplex is tournament players who will be there all day will have access to the main sports building, which has vending machines, air-conditioning, showers and even a whirlpool.

Opelika currently has only one pickleball court at the Calhoun Tennis Center, and Bailey said they have had to improvise and use the tennis courts there with taped lines for past tournaments. Bailey said the biggest problem with using tennis courts is that there's too much room for the ball to go, and players are allowed to play balls that have bounced off walls or fences.

Construction has already begun on the new pickleball facility in Opelika, and Bailey said he hopes to see them ready by the end of October.

The City of Auburn already has 14 public courts in various locations, and according to oanow.com, more courts are scheduled to be built within the next budget year at the Yarbrough Tennis Center.

According to the USAPA, pickleball was created in 1965 by congressmen Joel Pritchard and Bill Bell. The two men wanted to play badminton with their families, but they could not find any equipment. They had a court available, though. They decided to improvise and use Ping-Pong paddles and perforated plastic balls, and a new sport was born.

“It is very easy to play comparatively when you look at something like tennis or even Ping-Pong,” Bailey said. “If you already have any kind of racquet skills, you’ll pick it up quickly and be able to have fun rapidly.” 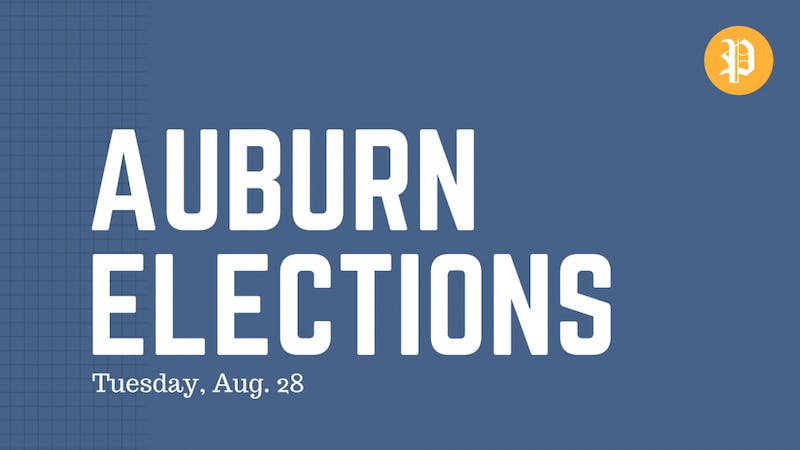