Behind the scenes as Auburn coped with heartbreak and celebrated history

MINNEAPOLIS — Donning their navy pullovers, instruments glistening under the lights in the bowels of U.S. Bank Stadium, Auburn basketball’s pep band uncomfortably hugged a curtain to squeeze past a massive gathering of media members. As they snaked through the hallway in a tight, single-file line — exactly to director Corey Spurlin’s stipulations — each member stared dead ahead. Their eyes were lifeless. Half of those eyes had tears leaking out.

Former Auburn head coach Sonny Smith, just under an hour removed from his radio broadcast of Auburn’s historically heartbreaking loss to Virginia in Saturday’s Final Four matchup, paced the concrete hall. He held his phone up with his right hand while his left hand carried an orange and white bag filled with goodies — the dreaded Orange Vanilla Coke branding. He brought the mouthpiece closer as if to emphasize to whomever was on the other end: “I just can’t believe this.” His black leather jacket responded with a squeak as he tightened his shoulders and sighed.

A security guard stopped this reporter just past the court: “A game should not be decided like that. A Final Four game should never end like that.” He continued shaking his head and scratching his grey beard as he respectfully identified the next reporter’s credential to make sure the face matched the photo on the blue and green Final Four lanyard.

Just outside the team gift room, where security had been bringing players over the past few days to hand out their presents from the NCAA, a trio of Auburn athletics staffers gathered, talking over travel and logistics for the coming hours. When greeted by this reporter, one staffer’s lip began to quiver. She buried her face in the nearest shoulder.

As Auburn walked into the tunnel after Virginia’s Kyle Guy drained a trio of free throws to snatch away the national title berth Auburn thought it had earned when the buzzer sounded, senior guard Bryce Brown wore his emotions on his sleeve like he always does: “The NCAA needs to get some new refs, man.”

Samir Doughty, who fouled Guy on a 3-point attempt in the corner with 0.6 seconds remaining, was the one to console Brown. He put his hand carefully on Brown’s shoulder as Auburn — usually goofy, light-hearted, loose and bouncy — sulked silently to its locker room.

Inside, with the Marvel vs. Capcom arcade game tucked away in the corner, the room was silent for the first few moments. The air was tense. Players were still mumbling and grumbling to themselves about the ending, even as media began firing up their cameras and flicking on their microphones.

Assistant coaches Steven Pearl, Wes Flanigan and Chad Prewett stared straight at the carpet until they were approached.

“I’ve never lost a game like that,” Steven Pearl said. “That was brutal.”

Prewett picked up a box score — Virginia 63, Auburn 62 — but he wasn’t poring over its results. He sat with great posture at the front of his chair, his slacks flooding enough to reveal his orange Auburn socks under his brown dress shoes. He was staring into space, looking through — not at — the sheet of paper.

Austin Wiley and Horace Spencer both sat silently on their phones. Suddenly, Wiley’s eyes light up as he cranes toward the bright iPhone screen. He leans over and shows Spencer, who leans in as well. Spencer’s eyebrows raise. He shakes his head. The words “double” and “dribble” can be heard faintly in their conversation about whatever was on that screen.

He wasn’t. The junior guard was unassuming and inviting with each question. He placed no blame on the officials, something that likely can’t be said for Auburn fans across the nation Saturday night.

“I can’t really tell you what’s going on in these refs’ minds,” Doughty said. “They’re going to make the best decision to the best of their ability… He made the right call, if that’s the call he called.”

Doughty said he hadn’t yet looked at the video of the no-call that fans wanted to be a double dribble on Virginia’s Ty Jerome. If the Cavaliers had turned it over had the call been made, Auburn would have had the ball, up two points with only seconds left.

"As Ty Jerome brings the ball up the court, he accidentally bumps the ball off his back foot … he then re-possesses this ball with both hands. That ends his dribble."@GeneSteratore explains a missed double-dribble violation on Ty Jerome near the end of the game. pic.twitter.com/763pV0sXyA

Doughty said he’ll watch it privately “when there’s not 55 cameras around.”

Regardless of the controversial finish, Auburn clawed its way back with an incomparable run. After Virginia went up 10 points with five minutes left — a mountainous deficit against a team that eats up as much clock as the Cavaliers do — the Tigers orchestrated a 15-3 run on the back of Brown, who hit two key 3-pointers late.

“It shows the heart and the grit and the character of this team,” Steven Pearl said of the run. “Let’s not forget Chuma Okeke is not even on the floor.”

At that point, with Auburn leading in the waning seconds, Brown thought the game was “in the bag.” He said he thinks the call made against Doughty on the 3-point shot was wrong, but he immediately placed blame on himself, as well. He knew Auburn shouldn’t have been in that position in the first place.

“I had some plays where I probably could have gotten someone pinned down… some mental lapses on defense,” Brown said. “Could have shot the ball better as a team. Gotta tip our hat to Virginia.

“That’s not where we lost the game. We had a few mental lapses throughout the game.”

In front of Brown in the locker room was Anfernee McLemore, who had his own opinions of the final play. He didn’t say them explicitly, but when asked if the foul should have been called, he diverted eye contact away from the questioner, looking straight down to the floor and delivering a scripted answer: “Just give credit to Virginia. They played a great game.” That response occurred three or four times in the span of a minute.

Brown said the ending was inspiring to him, though. It was surreal to Brown, a former three-star prospect whose chances of playing D-I ball were slim until Bruce Pearl plucked him from the crowd, to have a team completely relying on him to carry it to a national championship appearance.

“They continued to trust me,” Brown said, trailing off, getting quieter. His voice cracked and the tears began to well in his eyes. “It just hurts that we went out like that because we felt like we were so close to a national championship.”

That was everyone in an orange and blue jersey in the locker room — puffy-eyed and emotionally torn apart.

Bruce Pearl included. Brown said the head coach was emotional in his postgame message, but he was able to get them slightly lifted by reminding them that the only reason the heartbreak came in that fashion is because they set themselves up on that stage. It’s the best season in Auburn basketball history.

“Coach did a good job of letting us know what we had accomplished,” Brown said.

Brown said he was in a better mood than when he was calling for the NCAA to crack down on his officiating on the way to the locker room. He admitted that was a bone-headed move, and he regrets it.

Still, he had yet to smile in the locker room — until the words “Auburn Arena” were mentioned.

Flashing the signature Bryce Brown smile, accompanied by a high-pitched chuckle, Brown said he can’t wait to go back to Auburn’s home floor. He wants to thank the fans. He said he’ll make it a priority to get back next year so he can get his SEC Tournament championship ring — and see them hang the first Final Four banner in program history in the rafters.

Then it hit Brown, who began to choke up again — he’s never going back to Auburn Arena as a player.

Although the No. 2 “Brown” jersey won’t be rocketing up and down the floor on The Plains anymore, Brown hopes it will soon hang in the rafters beside the Final Four flag.

Brown had a message to the players staying behind, the younger ones carrying on his legacy who will be attempting to reach the pinnacle again under Bruce Pearl and turn Auburn into a perennial powerhouse.

“Finish it off,” Brown said. “I feel like we paved the way. I want them to continue to remember what we did and take on what we did this year, and hopefully they can win a national championship next year. I have great confidence.

“Hopefully they’ll give some more shows at Auburn Arena.”

As players packed up, the jokes returned. It’s impossible to keep this team down. An hour after a devastating loss, they were back to their mischievous and silly ways. Malik Dunbar approached Doughty with his phone, showing a replay of the final sequence. J’Von McCormick stood up and butted in. He and Dunbar poked fun at Doughty as he pleaded his case: “Listen, man. Even the commentators were on my side!”

Brown and Flanigan exited the locker room as a Virginia reporter recounted the painful finish boisterously into his TV camera: “Kyle Guy shot three free throws and nailed all three, sending the Cavaliers to the national championship.” Brown looked directly into the camera and gave a small, sarcastic nod. Typical Bryce.

And Minneapolis may have stolen a championship berth from the Tigers, but Dunbar was going to get revenge. He walked out of the locker room — swaggering, more like it — as he bobbed to his music with a comically large Final Four placard in hand. He wasn’t leaving empty handed. Classic Malik. 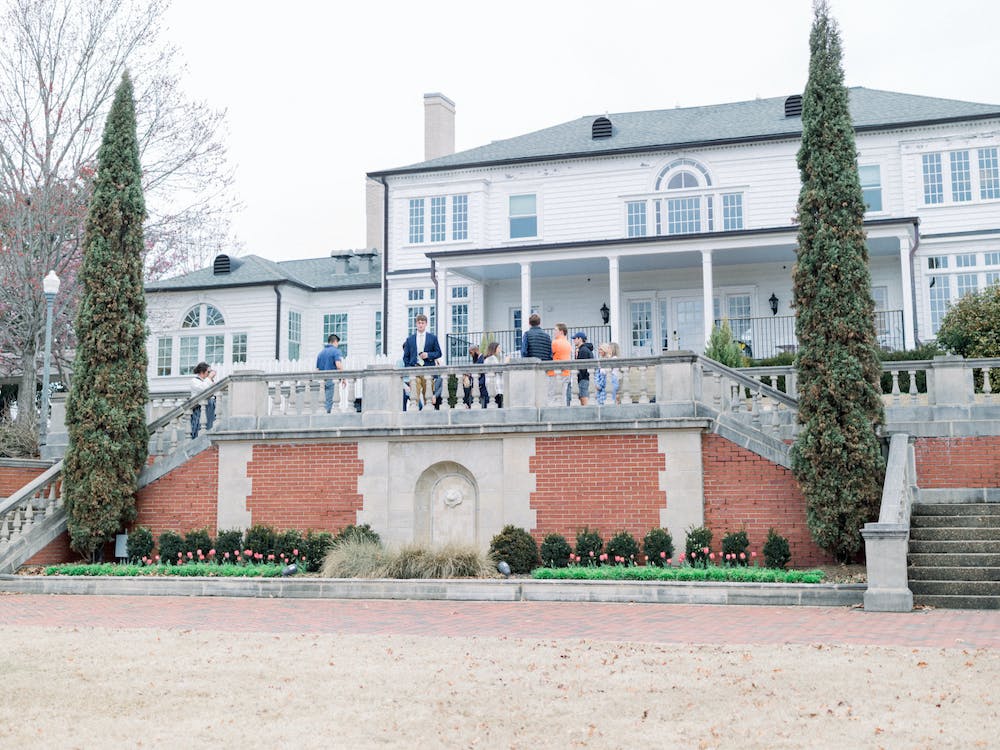 By Plainsman Staff | 23 minutes ago 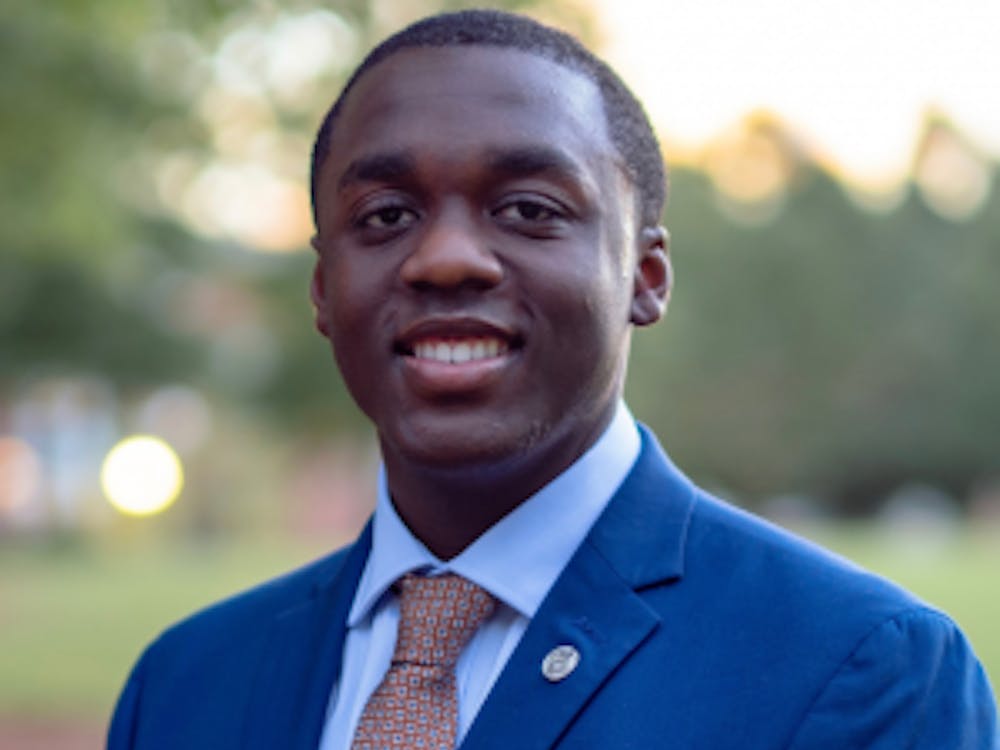 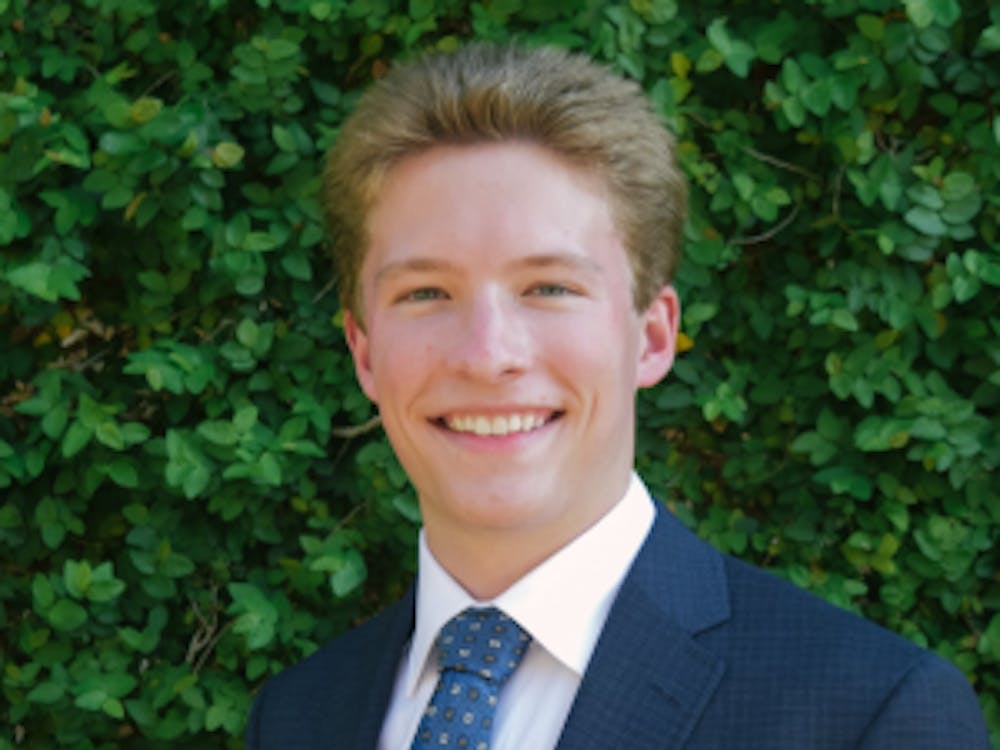 After a week of campaigning, J.D. Jones, junior in biomedical science, was elected as the 2023-2024 Student Government Association president during callouts held in the quad this Friday.

Share and discuss “Behind the scenes as Auburn coped with heartbreak and celebrated history” on social media.