Kim said Stone offered the position to her after she was told Human Resources made a mistake in laying her off in the first place.

Elizabeth Stone, communications specialist for Student Affairs, could not comment on the mistake because personnel situations are confidential.

"We were told to reapply and I was thinking, 'Why should I reapply to a position I already do,'" Kim said.

The position was offered to Kim because she has seniority over the other current student media administrative position.

Nine student media employees were unaware of what was about to happen when they walked through the doors of the Office of Student Affairs March 19.

Elizabeth Stone, communications specialist for Student Affairs, and Bobby Woodard, vice president of Student Affairs, restructured the student media program and will lay off nine people from their jobs, some of whom have been working for the University for more than a decade, starting May 15.

Later in the evening, on March 19, Woodard; Stone; Corey Edwards, director of Student Involvement; and Lady Cox, special assistant in the Office of Student Affairs, informed the student organizations, including The Plainsman, “The Glomerata,” “The Circle,” Eagle Eye TV and WEGL; there would be restructuring of the student media department.

The restructuring will start immediately.

Woodard said the current full-time and part-time employees are allowed to apply for new positions.

Restructuring has been talked about since 2010, and an external report was published about changes needing to be made to student media, according to Edwards, but no one from student media, including advisers, were notified the restructuring was going to happen this semester until after decisions about laying off employees had already been made.

“I believe there were good intentions to improve student media, but the execution of this restructuring was handled very poorly,” said Amanda Foster, Eagle Eye TV station manager. “The students feel blindsided. They were not consulted about these huge changes that will affect the remainder of their time here at Auburn, and, more importantly, their careers.”

Woodard said no one was notified because the five new positions created in the restructuring became a human resource situation, which deals with personnel privacy of individuals, which is similar to Family Educational Rights and Privacy Act rules with students.

Although there are five advisers, according to Woodard and Stone, all media are expected to share all advisers whenever needed.

Eagle Eye and WEGL will share the broadcast and technical adviser.

No plan has been set in place by Student Affairs about the new location of the advertising and marketing office.

“In order to create a more collaborative atmosphere and to better serve the students and their needs, we will be relocating the organization spaces to provide an opportunity to work more closely together and share editorial expertise, meeting spaces and training areas,” states a letter by Student Affairs given to faculty and students about the restructuring.

Stone said the furniture did not promote a collaborative atmosphere and impedes communication with tall, physical barriers in the middle of the offices.

Although nothing is permanent yet with where each organization will be placed, Woodard said, Greek Life has the possibility of moving into “The Glomerata” and “The Circle’s” current office.

“It became glaringly evident that much of the plan had not been fleshed out once members of student media began asking questions,” Foster said. “While there are many parts of the restructuring that have the opportunity to benefit student media, it is imperative that the students are finally brought into the conversation as the plan is further developed.”

Another part of the restructuring is The Plainsman will no longer have its own advertising team, but will share one with all five student media.

Stone said allowing advertisers to buy ads for all media will allow ad packages to be purchased, which she said can bring in more revenue. Currently Eagle Eye is only allowed to use sponsorships of companies, not ads and WEGL is not allowed to advertise per FCC regulations.

“While we [“The Glomerata”] are saddened by the lack of student involvement and communication from the Vice President of Student Affairs’ office regarding the new plan for restructuring Student Media, we look forward to coming together with the other media groups sharing talents, work space and ideas to create quality media to serve the students of Auburn University,” said Stephen Caton, “The Glomerata” editor-in-chief. 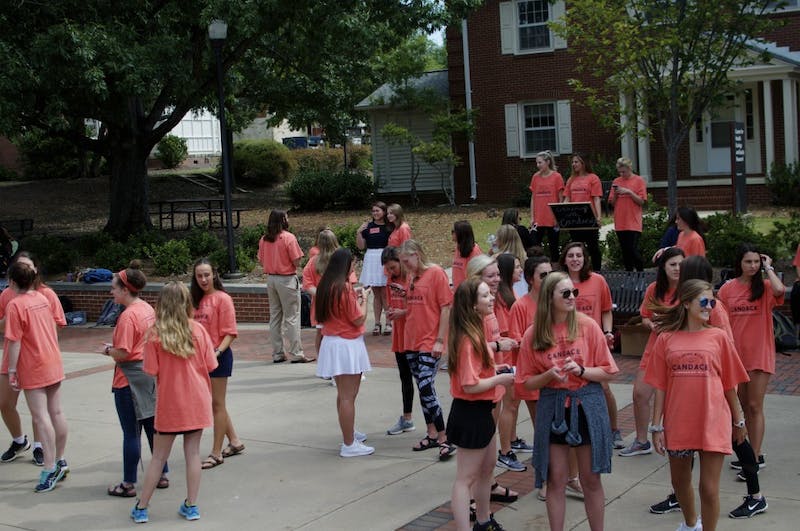 A look back: Auburn and the 1918 pandemic

Harvest Moon rises with the celebration for autumn

Professors weigh in on the effects music has on studying