If Alabama were considered a country, it would have the fifth-highest incarceration rate in the world, according to a 2016 study by the Prison Policy Initiative.

Mandatory minimum sentencing laws, a lack of funding for noninstitutionalized care and draconian drug laws have pushed Alabama past countries like Syria, Iran and Cuba, cementing our position as a state of rampant servitude.

Minorities have been disproportionately affected, with African-Americans being imprisoned at a rate three times greater than whites despite only being 26 percent of the state’s population.

Alabama’s prisons are operating at 173 percent capacity — overcrowding that resulted in the unnecessary deaths of several inmates and guards in the past few years.

The situation has developed into an economic and moral disaster.

Change must be wrought, and quickly. One way to mitigate Alabama’s incarceration crisis is to invest in the Community Corrections Program (CCP), a program designed to rehabilitate and reconnect convicted adults and adjudicated juveniles, all the while holding them accountable in the community through supervision.

CCP first came to Alabama in 1991. To be eligible for the program, the convicted person must be a nonviolent offender; many participants have been convicted of crimes like DUIs and minor drug offenses.

Too often, people fall into drug abuse because of a lack of connection in their lives.

A pillar of CCP is to help participants build a life that isn’t worth losing to drug addiction, to build connections in the community.

To do this, the program helps participants by utilizing evidence-based programs that include helping participants earn a GED, helping them get a driver’s license, offering classes in financial literacy and more.

Instead of expecting formerly incarcerated individuals to immediately become reconnected to their communities upon release, the program offers continued opportunities to reconnect throughout their sentence.

Many inmates find themselves imprisoned because of a foundational lack of purpose.

Tethering them to their communities is an excellent way to fill that void.

By giving participants a chance to reconstruct their lives in their communities, the program opens up prison beds for violent and repeat offenders, and in doing so, it saves taxpayers money.

On average, the cost per inmate in CCP is only slightly more than $10 a day, which is significantly lower than the nearly $48 a day cost for offenders in an Alabama Department of Corrections facility.

Moreover, a meta-analysis that involved 53,614 subjects found that including treatment and rehabilitation in alternative sentencing reduces recidivism by 10 percent, which is an investment that benefits everyone.

I encourage all of you, whether your county doesn’t have a CCP like mine or if it already has one, to promote the program to your local leaders and state representatives.

It’s one of the ways a college student can effect real, tangible change on the ground.

Currently, only 21 counties in Alabama have an active CCP.

But through grassroots organizing, college students can put the necessary pressure on their local and state governments to expand this vital program.

The economic reasons for investing in CCP beckon us.

But even more important than smart economics, we need to invest in CCP because of the single, fundamental reason that we are morally obligated to do so.

This column was adapted from one written by Sims for SPLC On Campus. The views expressed in columns do not reflect the opinion the The Auburn Plainsman. 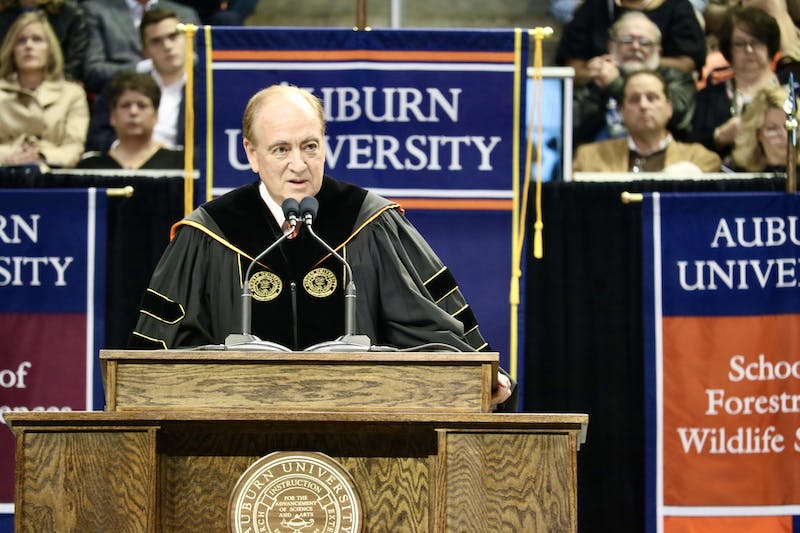 EDITORIAL | Auburn continues to lag behind in its racial reckoning