Birmingham bands rock the night away at Avondale

With it being the first weekend back from winter break, Auburn was buzzing with students ready to get back into their routines and excited to go out with their closest friends, which meant Avondale got busier by the minute.

With "A" stamps on their left hands and high-end, top-shelf, $12 cocktails in their right, surfer band enthusiasts were ready for the bands to start. The far end of the bar, windows facing downtown, was filled with instruments, equipment and band members. Lining the bar were seats filled with couples and friends in fun conversation, eager to hear Maja Dunes and Sun Eyes.

At 9:37 p.m. the band was still getting ready as they tuned guitars and tested the mic. Band members 21 and above were enjoying Avondale's specialty beers while getting prepared to go on.

Auburn seniors Page Hoffmeyer and Dudley Greene came to enjoy the show and were waiting patiently on the side booths surrounding the bar.

"I saw the event on Facebook and heard they were an up and coming band so I wanted to come out and see what it was about," said Hoffmeyer.

"It was something different to do than going to the same bars that we always go to," Greene said.

As Maja Dune broke the silence and started the show, Avondale was automatically at a different level, with people of all ages dancing and bobbing their heads along with an instrumental opener. The bass and rhythm were so loud that it was hard to talk to the person next to you.

After the opener, guitar player and Lance Hays spoke into the mic and said, "I absolutely love Auburn, this place is great. Thank you for having me." This was followed by a loud cheer from the fans.

"I think this is one of the best bars I've ever been to in Auburn," Hays said. "I enjoy the crowd, everyone here was really nice and happy to watch the band. I come from Birmingham, Alabama where music is pretty much a staple there. I think a lot of people take it for granted, but there are some good people that care about real, live music. It's refreshing to come to a place like this, see people that are happy, that want to see local bands play."

Once Maja Dunes completed their show, everyone patiently waited for the dreamy, energy-filled Sun Eyes to start. During the people surrounded the bar to refresh their drinks and several went down to the alley to take a smoke break. Bartenders bustled all the while, refilling drinks and making the bar run smoothly.

As Sun Eyes began the band pulled the crowd back in and created a fan base on the dance floor filled with those who were ready to dance their Friday night away.

Technical difficulties arose around 11:15 p.m. when Walker  the crowd, "Don't worry guys, this will get solved." Sun Eyes were soon back on with everyone happy as ever.

"We're definitely shoegaze because we use a lot of effects and everything," said flutist, keyboardist  singer of Sun Eyes Maki Davidson. "It's in the same genre as My Bloody Valentine. It's a little bit more on the rock side."

As heard from the show at Avondale on Friday night, Sun Eyes combines indie rock with alternative rock to create a sound that is and enjoyed by many.

"After being in Auburn, playing shows, and visiting, [Auburn] has definitely grown on me. I really like it here and I actually hope to be a student here at Auburn in a couple years," Davidson said.

A look into Auburn's literary canon 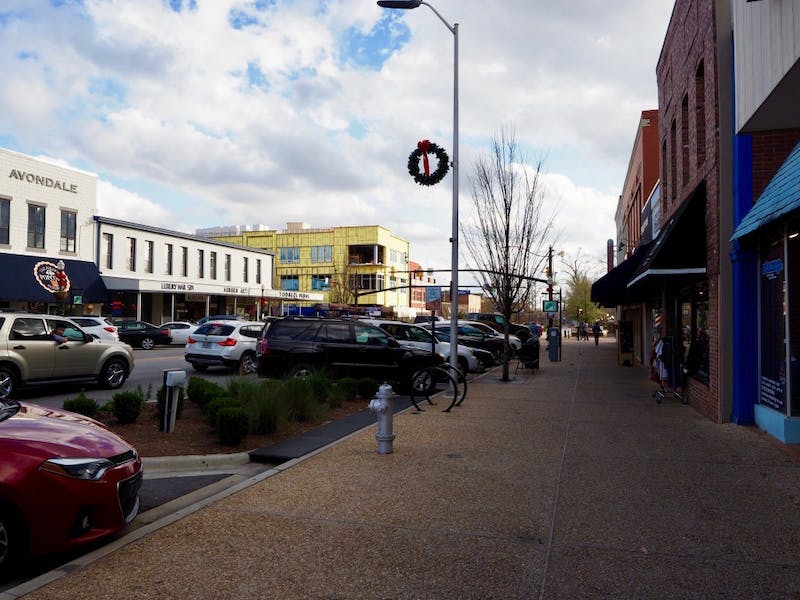