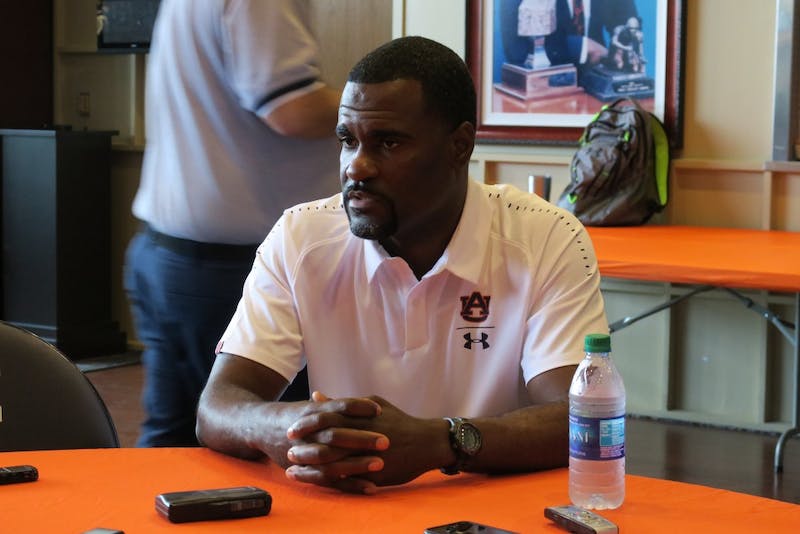 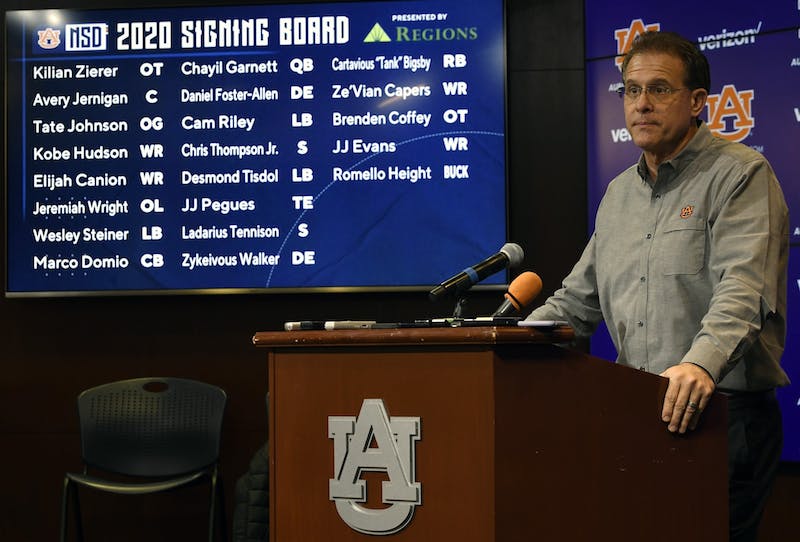 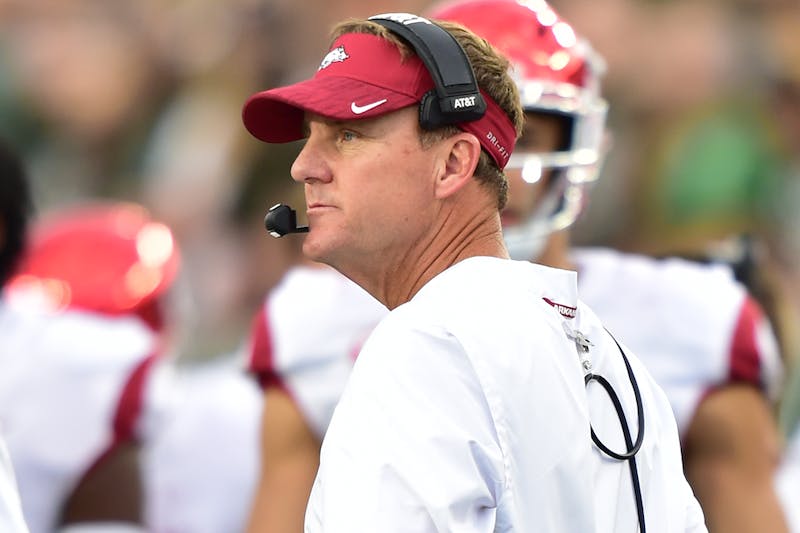 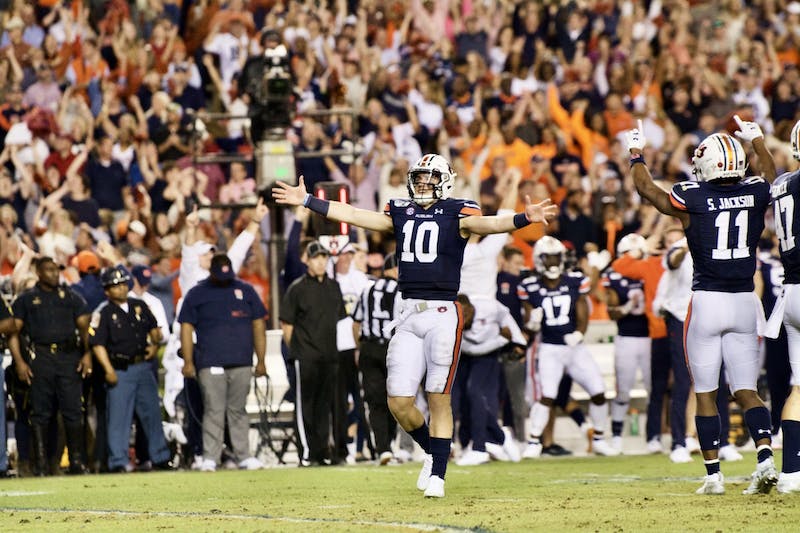 Auburn and its true freshman quarterback continued to respond, again and again.  The Tiger defense picked off Mac Jones twice, scoring two touchdowns, one of which went for 100 yards, and the offense, led by JaTarvious Whitlow, ran for 181 yards en route to a 48-45 upset victory over No. 5 Alabama inside Jordan-Hare Stadium Saturday night.  Shaun Shivers scored on an 11-yard sweep, knocking off defenders and helmets in his way, with 8:08 left to give Auburn its fifth and final lead of the game and Alabama failed to convert on a late field goal that would have tied the game, when Joseph Bulovas knocked the attempt off the left upright sending the home crowd into a frenzy. "Obviously, a big win for us. So proud of our team," Auburn head coach Gus Malzahn said. "When you look at this whole season, we knew it was going to be a gauntlet. We played the toughest schedule in college football. Our guys hung in there. At times it was tough, they never flinched. Going into this game, we felt like we had the better team. Give them credit, they're a big time team. Our guys hung in there." On its final possession of the game, Auburn failed to get a first down but the Crimson Tide was called for an illegal substitution, gifting Malzahn's offense a game-clenching first down, after the Tigers lined up for a punt on fourth down. Just as they did in 2013 for the famed Kick-Six game, Jordan-Hare faithful rushed the field when freshman quarterback Bo Nix took the final knee of the game, successfully eliminating Nick Saban and No. 5 Alabama from anymore College Football Playoff discussions.  The script was flipped for the 83rd edition of the Iron Bowl. It was Auburn's offense and Gus Malzahn's play calling, not the defense, that came up big and won the game after not getting it done against Georgia just two weeks ago. Nix finished the game 15 of 30 for 173 yards passing and accounted for two touchdowns, one through the air to Sal Cannella and one with his feet for the first Auburn touchdown of the game. Whitlow led the team on the ground with 114 yards on 16 carries, but failed to find the end zone. Eight different receivers caught a pass Saturday and Seth Williams led the way with 66 yards receiving on three catches.  “Our game plan was really good tonight," Nix said. "When we’ve lost in the past, we’ve sputtered early in the game and found our way towards the end, but couldn’t finish. I feel that tonight every drive we had led to an important field goal or touchdown and it was huge.” Although the Auburn defense allowed 515 yards of total offense, it showed up when it needed to and turned those crucial turnovers into points. Smoke Monday and Zakoby McClain were responsible for the two interceptions returned for touchdowns.  "Our defense had two touchdowns," Malzahn said. "I mean huge touchdowns, momentum swings. I think Smoke Monday and then [Zakoby McClain] returned the one 100 yards. It was really unbelievable. The swings -- it went back-and-forth. But just proud of our staff, proud of our players. We're going to enjoy this win. We beat an excellent team, with excellent players and a really good coach." Anders Carlson also had his best game of the season hitting all four of his field goal attempts, one of which was from beyond 50 yards out just before halftime.  “I have always been the same," Carlson said of recent struggles and if he made any changes. "I did make minor adjustments, but I am confident in what I do. Sometimes it doesn’t go my way, but it’s a lesson I learn. I have to bounce back and keep going. Today paid off, but I am going to keep doing the same stuff.” Jones, who was starting in place of the injured Tua Tagovailoa, was 26 of 39 for 335 yards and four touchdowns, but his two mistakes proved to be the difference in the game. Najee Harris ran for 146 yards on 27 carries and one touchdown.  Alabama had made the first five College Football Playoff fields but are all but eliminated now with two losses to Auburn and LSU, who beat them in Bryant-Denny earlier this season. Auburn (9-3, 5-3 SEC) now has a chance to end the season with double digits in the win column for just the third time in the Gus Malzahn era. Auburn linebacker K. J. Britt didn't mince words when addressing the media about how important this game was for his team. “First," Britt said on where this win lands on his list. "We own the state now for 365 days. There is nothing better than that.” 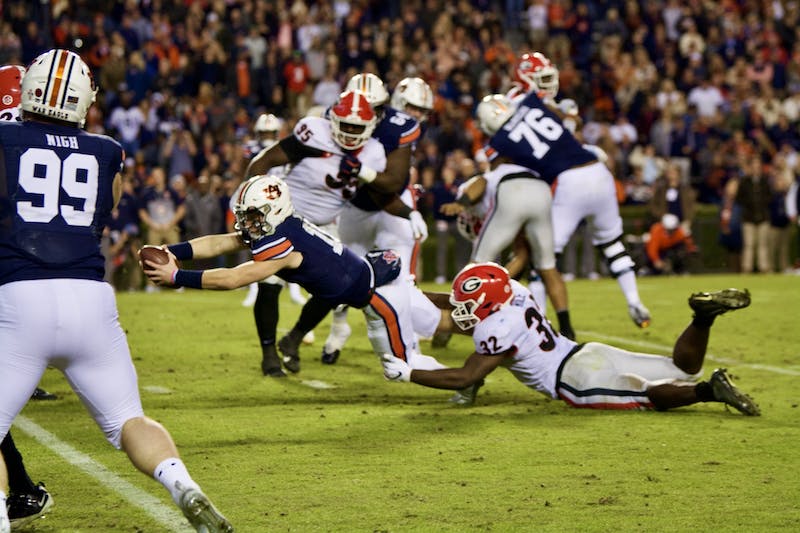 'The little things matter': Auburn falls short in 21-14 loss to No. 4 Georgia 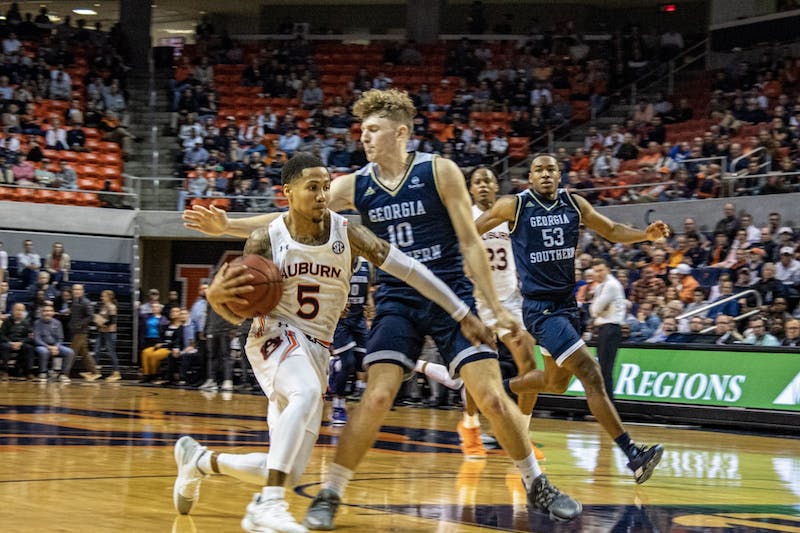 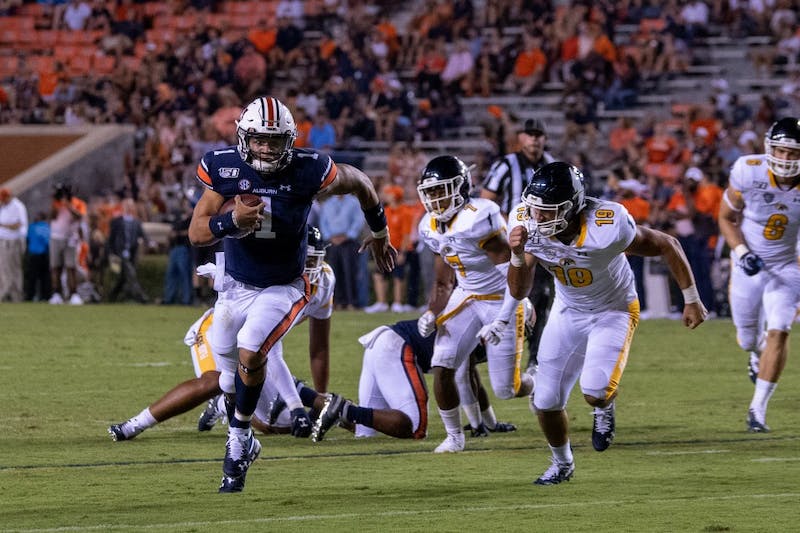 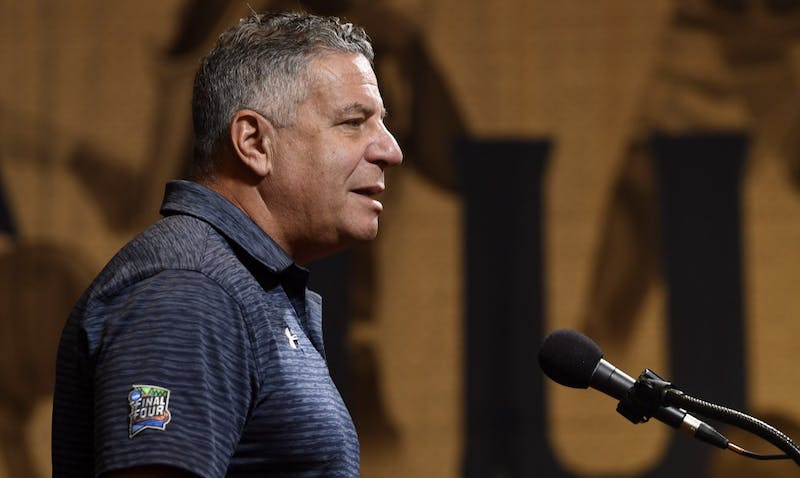 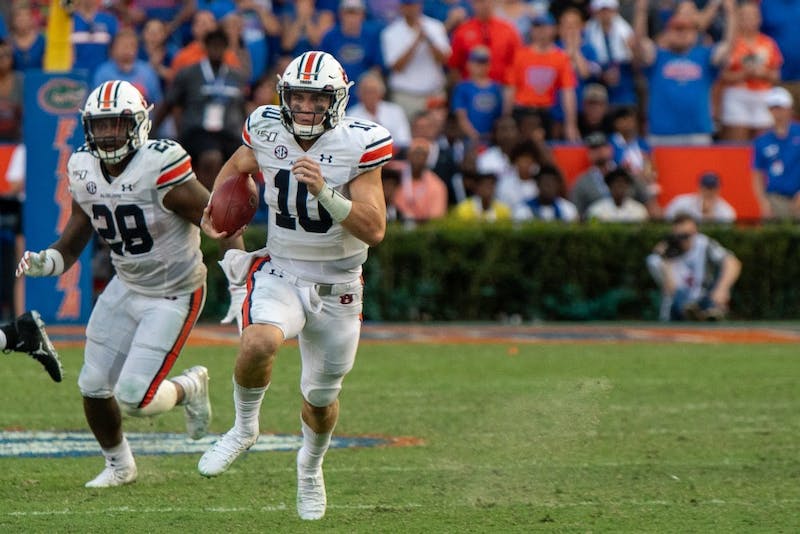 ‘Just didn’t get it done’: Offense falls flat in The Swamp

Auburn went 2-for-14 on third down, averaging just 4.4 yards per play, and couldn’t convert on its lone red zone appearance when Nix threw his second interception of the afternoon trying to force one in to Sal Cannella in the back of the end zone.