On Wednesday, Sept. 22, University leaders gathered in polished attire and assembled into a carefully curated view to speak to intrigued media reporters and concerned students.

In response to the recent protests that illuminated the underwhelming response on behalf of University administration, individuals from the Auburn Police Division, Campus Safety and Security, Title IX, Safe Harbor, Green Dot, It’s On Us and Student Counseling and Psychological Services gathered into the Student Activities Center for what they deemed a town hall.

Let it not be mistaken that the gathering was in response to the reports of sexual interpersonal violence themselves and not the protests.

Many were disappointed in the conversation, which resulted in the illusion of safety and avoidance of responsibility.

Sexual violence is not unique to Auburn University; however, we are responsible for our individual responses. At this moment in time, no one has articulated clear next steps for prevention, much less acknowledged the responsibility that we all carry in ending rape culture.

The administration, media and even some students seemingly feel as if a few misdirected and uninformed protests, with the similarly performative town hall, will be enough to confront the rampant and pervasive rape culture — the normalization and widespread acceptance of sexual objectification and subsequent rape as a consequence of social attitudes about gender and sexuality.

I implore if applause is truly warranted for being forced to do the bare minimum.

Feelings of disappointment and frustration were evident in the questions posed during the limited time allotted for open questions.

One student, Morgan Duckett, senior in industrial design, urged the chief of police to answer to how Auburn students are to feel safe or comfortable reporting to the APD or the district attorney "when the [interim] district attorney is stated as being allegedly complicit in silencing victims coming forward about their assault."

Assistant Chief Clarence Stewart responded by heralding the Founding Fathers for their “forethought and foresight” in establishing the grand jury “before anything like this ever occurred” so that individuals in power could not override the charges brought forth by citizens.

Despite complete ignorance about and dismissal of the overwhelming accounts of sexual violence all throughout history — such as the rape of Native Americans excused by the Founding Fathers — Stewart’s remarks did not even begin to address the power imbalance, blatant gravity of governmental misconduct nor the social complexity of the account highlighted by the student.

This is not the first remark made on behalf of APD to show the blatant ignorance surrounding sexual violence nor the simultaneous dismissal of victim experiences.

Within the same night, Kelvin King, executive director of Campus Safety and Security, announced that “Auburn University is a safe campus,” as if the gathering was not in direct response to inarguably unsafe occurrences.

Another student brought forward requests that the University mandate training regarding sexual interpersonal violence and intervention efforts for students in Greek life. As the student noted, there is an increased vulnerability for those in Greek life, as explained by the elevated prevalence of the drivers of rape culture in Greek culture, such as heteronormative date parties, the notion that men shouldn’t express vulnerability, establishments of hierarchy, mystifying sex through hypersexual notions and purity culture, toxic ideas about genders, etc.

It’s On Us announced their ongoing work to develop a Greek engagement program. Notably, according to AUInvolve, It’s On Us hasn’t hosted a single fall semester event and only hosted a single event in the spring term of 2021, which was predominantly hosted by other University entities.

The aforementioned Greek engagement program might be a worthwhile endeavor; though, I’m unsure as to why there is such a lack of existing work from an entity that has been in existence for the past three years and whose sole task — according to their AUInvolve biography — is to “end sexual assault on college campuses."

Similarly, Elena Gagliano, sophomore in psychology and human development and family science, challenged leaders to address the “culture of silence” characteristic of Greek life in their efforts to fall in the “good graces” of the University and chapters at other universities.

Gagliano noted accounts of many from other universities in which individuals that spoke about the violence faced retaliation from their peers in Greek life.

Bridget Nelson, graduate assistant for Violence Prevention & Survivor Advocacy, rightfully noted that more work must be done internally by those in sororities and fraternities to change the culture.

I add that the University also must play a role in changing Greek culture through the implementation of mandated training and adherence to formalized consequences, along with the acknowledgment that the lack of consequences is in part driven by the fact that legacy, particularly Greek legacy, is an instrumental part of the “Auburn culture” and largely persuasive because of its financial support.

Another student reminded those in attendance that there are no laws in Alabama mandating that rape kits (i.e., SAFE kits) be tested nor that if tested, the victim be updated on the status.

The student asked that APD assure students that they’ll work to quickly test and update, also requesting that the number of untested rape kits be published.

While Stewart said there are no non-anonymous rape kits left untested in APD's possession, Stewart belittled the student by saying it was a “question of semantics,” a comment truly revealing the lack of care for the magnitude of this issue. Notably, Stewart was also unable to answer to the quantity at EAMC.

In line with the previous students, another asked that the University do more to address the power imbalance and “culture of oppression." Specifically, the student asked that the services be tailored for specific student audiences, giving the example that students of a racial or ethnic minority might not feel comfortable reporting to the police.

Yet again, the panelists’ response was disappointing: Nelson said that she “totally [gets]” the “cultural stuff."

Others echoed these sentiments; Judith White, Coordinator of Violence Prevention and Survivor Advocacy, said “the vast majority of [us] — we’re not perpetrators. We’re not victims. We’re good people who are just around.”

While I believe White's remarks were well-intentioned, they were dismissive and built upon myths about rapists (e.g., strangers in white vans). The statement reflected a false sense of security.

The reality is that most students are sexually assaulted by someone they know. In fact, over 90% of victims/survivors of rape and assault know the perpetrator.

In saying that those among us are not perpetrators nor victims, we lose sight of who perpetrators are: our peers.

Emily Ratkowiak, senior in microbiology, commented on the unfortunate reality of victim to perpetrator relations.

"I would like to say that my friends are good people, as would most people, but a lot of my friends were assaulted by someone they considered a friend," Ratkowiak said.

Sexual assault is the second most common violent crime committed on college campuses.

But even if sexual violence weren't as pervasive, is the true testament of our character not our response to incontestably heinous crimes? Furthermore, attempting to decry the epidemic of sexual violence signifies attempts to quantify the incalculable value of individual people, as if one victim alone wouldn't warrant a response.

Yet again, I find that those on the panel would not acknowledge that students feel unheard, unseen. Instead, they condescendingly told students their perceptions were wrong and wouldn’t affirm that they hear their fears.

Unfortunately, the performance on behalf of the administration mirrored the actions of students not a week prior.

The “protests” were largely uninformed and unorganized. The general rhetoric was also quite harmful, as it ironically built upon convenient archetypes of victims and harmful rape myths.

The protests also did not reflect critical analysis that acknowledges the nuanced core issues that drive sexual interpersonal violence.

Ultimately, I am disappointed at the collective response on behalf of the greater Auburn community as seen through the “town hall” and “protests.”

City Council has yet to make a formalized public remark on sexual violence in the Auburn community, despite the fact that the University is in the heart of downtown.

Fortunately, the Student Government Association recognized the action that they and other students must take following last week's open forum.

When asked for a statement, they said "We understand that words are not all we need right now… we need action. [...] It is the responsibility of each Auburn woman, each Auburn man and each bystander to ensure that our community can heal."

SGA said that they call upon the entire family to "commit themselves to the safety of each Auburn student, every day."

While I believe those on the panel are dedicated to this work, given their commitment in their roles directed towards violence prevention and safety support, the remarks made at the town hall were disheartening, to say the least.

Students are deeply embedded and interact with rape culture, Greek culture and Auburn culture and have always been aware of the prevalence of sexual interpersonal violence amongst their friends, peers and family members.

There has always been a crisis, and sexual violence has always warranted our attention in the levels of magnitude we are seeing now. And yet, there has been minimal buy-in from students collectively in University initiatives like Green Dot and Safe Harbor.

The administration continues with the performative activism characteristic of Auburn: placement of the plaque on Wallace Hall, renaming the previously unproblematic name of the Student Center, the addition of numerous diversity committees alongside the simultaneous existence of numerous Confederate memorials.

Those on the panel continually stated that students are welcome to provide feedback, yet when has a chance been provided before? Similarly, after the remarkably disappointing response from leaders at the town hall, why should we as students feel supported in our future questions and requests?

The reality is that Auburn is only a family if you are silent and complicit.

We have continually obscured the issue at hand instead of acknowledging that we're not yet where we claim and wish to be.

Administration, University leaders and students alike have voided themselves of responsibility and removed any sense of accountability by fabricating the idea that they are the exception.

We all must recognize our current positions and their limitations. We should recognize we are not experts on sexual violence and should ask more questions before we act with innovative initiatives for prevention. We should continually provide outlets for open conversation. We should profusely apologize for our inaction, poor reaction and deficits in response. We should mandate that critical conversations take place that highlight the social and cultural complexity of sexual violence.

Policies cannot force morality, but I argue that consequences should be developed for student organizations that have continually excused and furthered rape culture.

Who will take responsibility for confronting the embeddedness of rape culture in the Auburn culture?

Regan Moss, senior pursuing concurrent degrees in microbiology and neuroscience, is a columnist for The Plainsman. 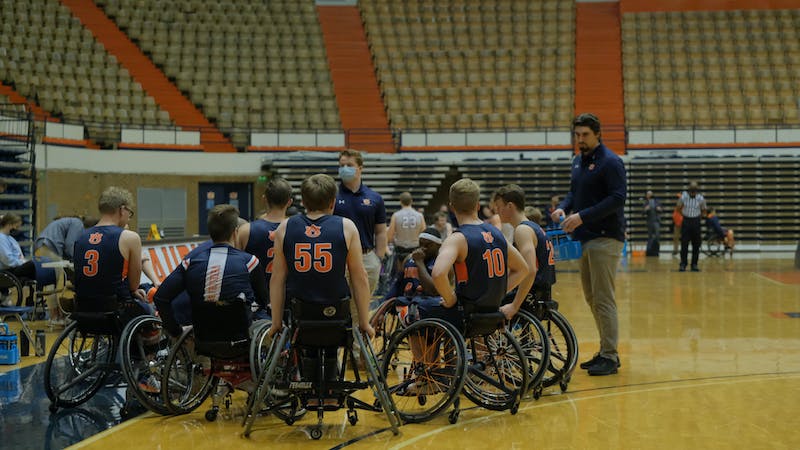 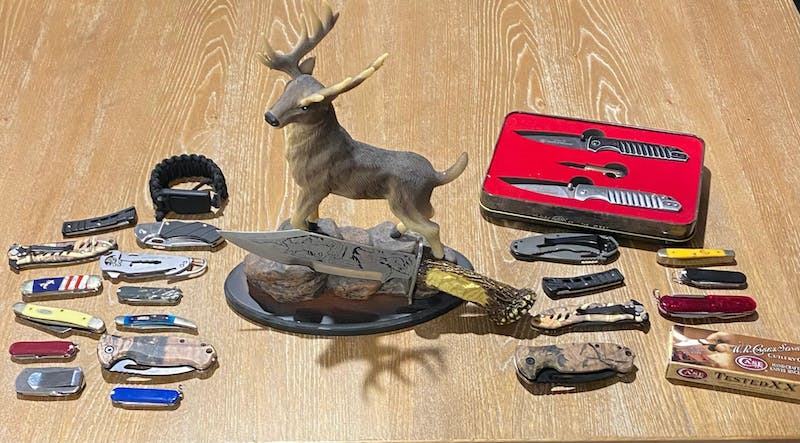